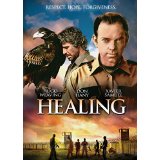 At the end of a long sentence, a notorious inmate, Viktor Khadem, is sent to a minimum-security prison where he works until he can be rehabilitated to join society. His handler, Matt Perry, sees a certain skill for taking care of birds within Viktor, and decides to start a new program for rehabilitating inmates. He puts Viktor in charge of two other prisoners tasked with caring for the injured birds of prey until they are well enough to fly, and hunt on their own. The guards and warden of the jail believe the program is dangerous and will only invite more trouble. A gang of the prison’s thugs harasses the group as they are jealous of their position and makes life even more difficult for them as they try to heal. Through this adversity the three inmates start to form a bond with the birds they are watching and try to let the effect of caring for them wash the violence from their past out of their mind.

All in all there was nothing inherently wrong with this movie besides the fact that it dragged on for a bit too long. The writing was solid as far as these movies go, nothing to write home about, but it won’t make you turn away in disgust. The characters are fleshed out, although you may have seen some of these character types in other movies. For instance, the quiet man with a reputation in a lot of Clint Eastwood movies could have been the basis for the main protagonist in this film. The situations clearly address how reintegration for inmates can be difficult, although I can think of many movies that did it better. (Shawshank Redemption is a good movie that comes to mind.) The thing that holds this movie back from being truly inspiring is that it was just too boring. There were many times that I was watching the movie and begging for them to get to the point already, like when Viktor has an important moment in the movie I am treated to the same scene for at least two minutes. It was like watching an endless loop of someone doing the same motions over and over. With that said, the greatest thing this movie does is give a loud voice for the need of therapy in certain people’s lives. If nothing else, this movie should be championed for that.

The way this movie was shot made a tremendous impact on the feeling the audience will get while watching it. The creators made it so that there were a lot of shots taken of birds, essentially turning the birds into secondary characters for the audience to root for, and we were treated to watching these birds try and fail to catch their prey. This is an important part of the film; it was just taken a bit too far. The creators add in shots of birds that have nothing to do with plot development, which makes the movie go on for longer than it should, and makes me start to wonder when the movie is going to be over as opposed to just sitting back and enjoying the work.

A major positive point for this film was the acting. I do feel that I might have to give another warning here though; the accents here are pretty thick, and I am someone who prides himself on being able to hear through an accent fairly well; be that as it may, the acting was still exquisite. Hugo Weaving is often cast as a villain, so you can forget that this man can emote the concept of “caring” flawlessly. I have been unfamiliar with Don Hany’s work until now, but I might need to keep him on my radar for any future projects he could be involved with.  Hany knows his way around a scene that needs plenty of depth, and you can read between the lines in his acting to find out what he thinks this character is feeling most of all. The rest of the cast did great, and there was a good balance found among everyone involved.

Overall, this movie is one of those films that you put on while you are doing the laundry, but you might actually find some enjoyment out of it while your attention is split. There is nothing inherently wrong with any of the core precepts of the film, it just could have used more energy. I know there are people out there who will love this movie; it’s just not for everyone.