Posted in: No Huddle by Archive Authors on August 20th, 2015 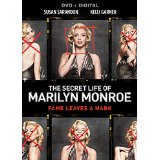 This is a biopic of Marilyn Monroe, and there is not much more to it than that; regardless, here is a quick synopsis. This mini-series follows the life of the famous (and sometimes infamous) Marilyn Monroe.  It goes through her battle with mental illness as well as the history of mental illness in her family. It leads us into what caused her drug/alcohol abuse and frequent lovers/husbands and how the world came to know her as Marilyn Monroe.

Let me just start this off with an addendum: I knew almost nothing about Marilyn Monroe before watching this. I only knew that she had an alleged love affair with John F. Kennedy, and that she died by drug over dose; also, I had only seen one of her films; given that, I am glad that this series exists. It gives those of us who were not alive during that time frame, or just unfamiliar with Monroe as a whole, a chance to see that there was more to her than JFK and films. It also gives a great look at what Hollywood life can do to a young actress, a foreboding tale that should be in the forefront of every young star’s mind when going into this dirty business. She did not have an easy life before Hollywood, and given that information there are people in this world who can easily take advantage of someone like that. Since I am writing about a movie that is supposedly accounting the truth, I can‘t really say too much about the story except that I learned something, and that is good.

Unfortunately, my education on Americana as given by this show is one of the rare, pleasant things I can say about it. The bad outweighs the good in so many areas for the series, starting with the cinematography. The thing that bugged me most about the cinematography is that they never closed in on Kelli Garner (or they did, but did it so infrequently that it escaped notice). This is supposed to be the movie about one of the greatest sex symbols Hollywood offered in the early days of film, and the creator’s infrequency with close-ups makes it seem like she was embarrassed about the face of the person they cast. I would love to say that Laurie Collyer was doing this to make some sort of message about “the audience should be paying attention to her life, not how pretty she is,” but there were so many drawn out shots of Kelli in “risque” positions that this argument seems fleeting. The other bad part about this movie’s cinematography is purely based on how they choose to release it on disk. When I was first introduced to the concept of owning an entire series in my own home (as opposed to having to watch it all on cable), I didn’t mind having to sit through the black screens that marked the transition to commercials (however long they were); suffice it to say, since technology has evolved and home entertainment has evolved with it, so have I. Shows like The Walking Dead with very minimal interruptions in the stories they are trying to tell have made me accustomed to not having a break. Every time I saw a black screen during the story unfolding, my interest in this story was decreased slightly, and it drove me a bit crazy.

The acting in this was fair to great for the most part, sans one slip-up. Jeffrey Dean Morgan played a convincing enough Joe DiMaggio, a very stoic and “man’s man” type. Susan Sarandon was all but perfect in her role as the insane mother, everything from the slight twitches to the way she talked had me sold by the performance. With all this working for the movie, what could have gone wrong? You probably guessed it. It was Marilyn Monroe herself, Kelli Garner. It is all but impossible to put your skills to the test by portraying someone who is so ingrained in our concept of acting, beauty, and culture. Believe me, I factored that in before I had a problem with this performance. Kelli just never seemed to embrace the script she was reading; she only seemed to embrace what her image of Marilyn was. What I mean by this is that Kelli rarely showed me a serious moment played seriously. Every scene was Marilyn playing the cliché film starlet; never a down-to-earth moment. Maybe that is how she was as a real person, I don’t know; what I do know is that the character needed more depth and wasn’t getting that. She perfectly fits the role of Marilyn when you looked at her, but I didn’t feel anything from her.

In closing, I think this movie did very well in teaching me more about the history of a tortured soul in our country’s film history; I just wish the actual movie was better. This is a great movie if you are a fan of Jeffrey Dean Morgan or Susan Sarandon, but not if you are a fan of Marilyn Monroe.