Posted in: No Huddle by Gino Sassani on September 1st, 2015 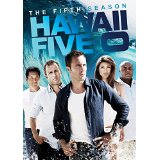 It’s been 30 years since we last heard that phrase. Still it persisted in the modern lexicon along with the term Five-0, which is still shouted in high-crime areas in cities all over the country whenever a police presence is felt closing in on the bad guys. Hawaii Five-0 ended in 1980. That’s when Tom Selleck took over the sets and production crew on Hawaii to work as Magnum P.I. until 1988 when it all closed down for good — or did it? Wouldn’t you know it, the show has been resurrected and become the hottest drama on television. A younger Steve McGarrett and company are back in action and Hawaii …the world might never be the same again. Roll wave…

Steve McGarrett (O’Loughlin) is a Navy Seal, and his latest mission ended with the murder of his father. The governor of Hawaii has offered him a special unit with complete immunity and means to tackle the tough cases and look into his father’s death. He’s allowed to assemble his own team. His first choice becomes his own partner. Danny “Danno” Williams (Caan) is a detective on the Honolulu Police Department assigned to his father’s case. He’s a divorced father of a young girl. The two work well together, but there’s a ton of buddy-cop bickering on this one. Next on the team is Chin Ho Kelly (Kim). He’s a disgraced Honolulu officer who was accused of stealing a ton of money. He didn’t do it but ended up resigning in shame. That money keeps coming back to haunt him in several episodes. He was Steve’s father’s last partner when he was a cop, and Steve believes in him and brings him on board. It does cause friction with the local cops, who tend to shun Chin. The next member of the team is Chin’s cousin and newly graduated from the Academy. She’s Kono (Park), and she’s the bright-eyed rookie with high ideals and a knack for sophisticated tech and a competition level surfer. Newer members of the team include Heroes ‘ Masi Oka as the medical examiner, Dr. Max Bergman. Like his previous character, he’s a bit of a sci-fi geek. It took some getting used to to listen to the techno-babble medical stuff that he delivers now. Michelle Borth returns as officer “Cat” Rollins. Chi McBride returns as the city’s SWAT captain who doesn’t always get along with Steve at all. The two butt heads at times until they slowly warm up to each other enough that Captain Grover has become a regular on the team and in the show. One of the surprise breakouts is local actor Taylor Wily as KameKone. He’s the show’s Huggy Bear. He owns a shave ice company, but he’s an ex-con with a lot of connections. He’s a huge-looking guy with a heart of gold. This amateur steals every scene he’s in.

There’s a bit of a Lost reunion going on this season. Of course we already had Daniel Dae Kim and the same location for both shows. Terry O’Quinn returns as Commander Joe White. There’s a lot of promise for even more appearances in the future. He was Locke on Lost. One of my favorite characters on Lost was Jorge Garcia’s Hugo. Here he plays Jerry Ortega, who is a bit of a conspiracy nut. Think of The X-Files and the Lone Gunman guys. This character is a load of fun. There’s a great amount of charm to this show when these guys are on the episode. These episodes absolutely stand at the top of my favorite list. The character is a conspiracy nut who is often right. Whenever he is and helps Steve bring in a bad guy, he’s always asking for a badge. No luck so far.

This year The Sopranos’ Michael Imperioli takes on a recurring role as con man Odell Martin. There’s a great scene where Odell and Steve are pinned down by heavy fire. Odell walks Steve through a McGyver kind of process, and we have instant chemistry and yet another endearing character on the series. It happens every year. We get introduced to another member of the supporting characters, and they are wonderful. Whoever creates and casts these characters is the show’s true genius. The only worry is that there are going to be so many of them we won’t get enough of our favorites… which for me is all of them. There’s enough material here for quite the spinoff. Can anyone say The Lone Gunmen?

It seems that every year this show kicks up the drama and action. It mixes up the kinds of action and stories. The show hits its 100th episode milestone this year, and it’s quite an episode. It also marks an end for Wo Fat, who is leaving the show for a new bad guy who will be introduced later in the season. I think we’re going to be playing cat and mouse with this guy for another few years.

Danny finds out that he has a son he never knew about. He needs a bone marrow donor, and so Mom had to tell him about the kid in the hopes he can save his life. CSI: New York’s Melina Kanakaredes guest stars as a rogue ATF agent who can’t let a suspect go. It’s a bit of the old Red John story from The Mentalist. She had belittled a killer on television, and he struck out to punish her with his crimes. This kind of thing works better as a one-off than five seasons. He’s an arsonist who wears a fire suit so he can watch his victims die in his fires up close. One of the more emotional cases involves Grover, who has to deal with his suspicions that his best friend since childhood might have pushed his wife off of a cliff.

One of the most unusual and compelling episodes finds Kono stranded on her surfboard out at sea in a storm. It allows for some wonderful flashbacks to her as a child with her mother as Kono recalls these things. It’s an excellent episode for Grace Park, who has to deal with the danger and isolation without the benefit of bouncing off another actor. It’s one of the show’s best episodes in its five years.

Steve encounters a woman at his father’s grave on an anniversary of his death. He finds out that his Dad investigated the murder of her father when he was a cop and comforted her as a child going through that tragedy. It allows for more nice flashbacks, which mark a big theme for this season’s episodes.

For Danny, his brother’s fate leads to his arrest and placement in a Columbian prison for murder. In fact many of the team find themselves either under arrest or investigation this season. Another of the year’s themes, I guess.

This is not your father’s Hawaii 5-0. The first thing you need to know is that there have been a lot of changes to the formula. Steve McGarrett is a much younger, hipper, and more active. He no longer rolls in at the cleanup to bark orders. This Steve is an ex-Navy Seal who is quite accomplished at weapons and hand-to-hand combat. He’s the primary investigator in the whole thing. Alex O’Loughlin has been trying hard to get a successful series running. He started out as a vampire on the short-lived Moonlight and went on to another series called Three Rivers which lasted even fewer episodes. But give the television executives some rare credit here for believing he could run a quality show. It looks like the third time really is the charm. There’s a lot more action and explosive f/x than you ever could have imagined in the 70’s show. It’s a faster-paced show, and the team has the latest in technology to use on their cases.

So with all of these changes, what makes this show work so well? The most important element has to be the characters and the actors who play them. O’Loughlin and Caan develop almost instant chemistry, although I do think they take the bickering banter a little too far sometimes. When last we saw Daniel Dae Kim, he was finishing his six years on Lost, also filmed in Hawaii. Lucky for us he got the job. Lucky for us, too, he’s quite good in the role, and it’s nice to see him have a more active and English-fluent character. Grace Park comes from the new Battlestar Galactica and brings probably the most balanced character to the show. She actually has a life outside of the office. She’s the geek smart member of the team, and she can kick butt as well as the guys. You can really see a lot of Scott Caan’s father, James Caan, in the kid. He has those manners of speech that remind us of Sonny Corleone. He’s a huge find for this series. These characters might not reflect anything from their earlier counterparts, but they are all very compelling in the way they work together. It’s a nice team, and the Hawaiian locations don’t hurt any either. So often in my reviews of this show it goes back to the characters.

You get all 25 episodes on six discs with a few nice extras spread about the set. There’s a celebration of the 100th episode. Profile on Kim as a first-time director. There’s a music video, gag reel, and stun feature. Plus there’s the CBS traditional half-hour season summary. All in all, it’s another action-packed year in the life of Steve McGarrett, “the kind of cop that gets things done.”

Gino Sassani is a member of the Southeastern Film Critic's Association (SEFCA). He is a film and television critic based in Tampa, Florida. He's also the Senior Editor here at Upcomingdiscs. Gino started reviewing films in the early 1990's as a segment of his local television show Focus. He's an award-winning recording artist for Omega Records. Gino is currently working on his 8th album Merchants & Mercenaries. Gino took over Upcomingdiscs Dec 1, 2008. He works out of a home theater he calls The Reel World. Favorite films: The Godfather, The Godfather Part II, The Body Snatcher (Val Lewton film with Karloff and Lugosi, not the pod people film), Unforgiven, Gladiator, The Lion King, Jaws, Son Of Frankenstein, The Good, The Bad And The Ugly, and Monsters, Inc.
Nickelodeon Out of the Vault: Halloween Tuesday Round Up: September 1, 2015