Posted in: No Huddle by Jeremy Butler on December 9th, 2015 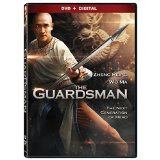 A bit animated in certain areas, but all in all a pretty good martial arts experience in my opinion. The Guardsman tells the story of a man charged with the safe keeping of the emperor of China, a job that entails a great many challenges even from those he considers family. When word is received that a group of Japanese pirates will make an attempt on the life of the emperor and a group of countrymen are complicit in the plot, our hero is unsure where to turn and who he can trust. Fair warning, in true fashion of martial arts films, it is English subtitles, so if you do not enjoy getting your dose of literature, this may not be the film for you. Admittedly, it can be a bit distracting attempting to read the dialog as well as follow the action on screen. Despite that, those willing to undertake the task may come to enjoy what the story has to offer. I had trouble following the plot at times (and no, it wasn’t because of the subtitles) due to the shifting perspectives. The film is told from the point of view of several different characters. True, the Guardsman is the focal point, but there remain at least three separate subplots in regard to the assassination plot on the emperor. This at times makes it difficult to keep track of the story. One or two subplots is OK, actually two should be the maximum in my opinion simply to prevent overcrowding. I estimate around three to four subplots that intertwine with the main plot. Far too many, as at this point I found myself unable to keep track of everything that was happening. My opinion, the only perspectives that mattered were the assassination plot, the countrymen complicity, and maybe the perspective of the Japanese pirates as they made their advance; that way you had the antagonist angle covered. Other than that, all other perspectives could have been disregarded and achieved the same goal.

Now to the part that truly makes a martial arts movie: the fighting. Here is where I was most impressed. The fight scenes were some of the best choreographed battles I’ve seen in a while. As I mentioned before, they were a bit animated in some area specifically in regards to blood spatter and sound effects. Disregarding that, the fights were realistic even when it was one man versus ten. The way the battle unfolded with attacks and counterattacks was completely believable. Wire work was utilized at times but nothing over the top such as soaring forty to fifty feet off the ground in order to land on rooftop. I have no complaints when it comes to the fighting; it was the most enjoyable portion of the experience.

In conclusion, if you are a huge martial arts fan, I find it likely that you will enjoy The Guardsman. Although convoluted at times, it still provides an enjoyable experience. I would not expect it to make a lasting impression but an impression nonetheless. Disclaimer warning again, this is a English-subtitle movie; however, do not let that discourage you from watching. It’s just reading; no harm ever came from reading.

Jeremy Butler is a film school graduate of the International Academy of Design and Technology. He is been writing for Upcomingdiscs since 2012; however, movies have played a big part of his life for much longer. Favorite genres include horror, science fiction/fantasy, and comedy. Favorite movies are V for Vendetta, Boondocks Saints, Kiss Kiss Bang Bang, and The Godfather.
Tuesday Round Up: December 8, 2015 Some Kind of Beautiful (Blu-ray)