Posted in: The Reel World by Archive Authors on February 19th, 2016 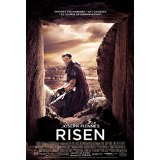 A Pew Research Poll in 2012 said that 84 percent of the world’s population believes in God. A Harris poll in 2013 said that 74 percent of Americans believed in God. I’m making some simple statements up front, because the subject is extremely complicated and confusing the more you dip into the well to try to understand. There are 2.3 billion Christians and 1.7 billion Muslims out of the over 7 billion people on the planet. There are 15 million Jews. Christianity, Islam, and Judaism have overlapping tenets of faith, but you would never know it if you look at the history of the world. Religion has become a big disappointment to many. Still, most people in the world would agree that Jesus was a great man who believed in peace and love. Most Christians also believe that Jesus was both God and man. In fact, the surface simplicity of Jesus’s message is somewhat misleading. Many scholars debate to this day what he was really saying. New hidden gospels have been found in the last 75 years, like the Gospel of Thomas, that  suggest new mysterious meanings that might show that Jesus was far more inclusive of all mankind that we might have ever thought before. As I said, this subject is extremely complex and divisive, but as a believer, I think God wants us to love each other. This seems like a ridiculously simple statement, yet the people on this planet cannot seem to embrace what seems so logical. This seems to be driving some people away from religion.

Risen is the story of Clavius (Joseph Feinnes), a Roman tribune, who reports directly to Pontius Pilate (Peter Firth). Clavius’s duties are many. He suppresses insurrections and keeps the peace by any means necessary. Today’s task is to placate Caiaphas (Stephen Greif), the appointed Jewish high priest who has manipulated the people to call for Jesus’s death. Clavius is to ensure that Jesus is dead when taken from the cross and properly sealed in the tomb. Caiaphas wants to suppress rumors that Jesus will rise from the dead and insists that the tomb be guarded. Pilate is even more determined that this should go well, because he is soon to be under scrutiny from Rome.

Risen then plays out like a police procedural similar to Law and Order when the body goes missing. Clavius goes to greater and greater lengths to find the corpse but without success. Then at a pivotal moment the truth is revealed to him. Jesus is alive.

The story is well known to Christians. It has been the subject of countless Biblical films. Risen takes the subject head-on. We meet the resurrected Jesus (Cliff Curtis, who is of New Zealand Maori descent and not the typical image of Jesus or Yeshua, as he is called in this film).

The film is reverential and informative, and we follow Jesus and his Apostles, with Clavius joining them. Clavius was the ultimate non-believer. At one point he says he cannot believe that he is seeing a man who he knows was dead. Jesus tells him, “Imagine how hard it is for those to believe who have not seen what you have seen”.

We have seen many religious films. This is better than most.