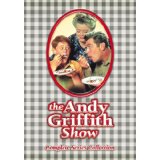 If there is a television series in the history of the industry as American or timeless as The Andy Griffith Show, I haven’t seen it. You’d be hard-pressed to find someone with strong negative feelings about the series. It was one of those organic and comfortable productions that reached deep into the core of rural America. Even if we lived in a bustling city, there were aspects of the show that still rang true. It was populated with the kind of familiar faces that it wasn’t hard for anyone in the audience to smile in remembrance of a character they’ve known in real life. And even after 50 years, the series still speaks to that certain aspect of the friendly small Southern town. A lot of the credit for that peaceful easy feeling must be credited to the titular star Andy Griffith himself.

It all started as an episode of The Danny Thomas Show called Danny Meets Andy Griffith in February of 1960. In October of that same year, the first episode of the show ran. That was the first time television audiences took a trip down to Mayberry. There they met Andy Taylor (Griffith), a widower with a young son named Opie, played by future Happy Days star and superstar director Ron (it was Ronnie then) Howard. The relationship could be summed up in the popular series opening that found the father and son heading to their favorite fishing hole with poles slung on their shoulders. All the while, the soon-to-be-famous whistled theme put us in just the right mood. Andy was helped out at the house by Aunt Bea (Bavier), who always had something “mighty fine” cooking or baking in the oven.

Andy was the town sheriff. The biggest crime wave in Mayberry was usually the town drunk, Otis (Smith) on a tear; he was kept in an unlocked cell when he was hauled in. That was fortunate for the citizens of Mayberry, because Andy’s deputy was his cousin Barney Fife, played classically by Don Knotts. Fife was about as inept as they come, but he saw himself as the stone-chinned lawman staring down a gang of outlaws. Good thing they never came, because Andy was smart enough not to let Barney keep bullets in his gun. Barney only had so many toes, you know. Andy Griffith and Don Knotts shared wonderful chemistry and were about as good as any comedy duo to hit the small or big screen. While Knotts played the exaggerated camp, Andy was the straight man with a heart of gold.

The town would produce more than its fair share of characters. The gas jockey (yeah, there was a day we didn’t pump our own gas) was Gomer Pyle, played by the stuttering singer Jim Nabors. In 1964 Gomer would join the marines and star in his own spin-off series. He would be replaced by Goober Pyle, played by George Lindsey. Floyd the barber was played by Howard McNear. Floyd’s is where the community gathered for the local news. He was as much town crier as he was hairsmith. Aunt Bea’s gossip partner and friend was Clara (Summers).

From the third season onwards, Andy got himself a steady girl in local schoolteacher Helen Crump, played by Aneta Corsaut. Barney had a love interest in Thelma Lou, played by Betty Lynn. It would be Andy’s wedding that would have him finally leave the show after eight years in Mayberry. For a while the town remained on the air as Mayberry RFD. Ken Berry, later from Mama’s Family, was Sam Jones, the new city council member with a young son to mentor. The show never pulled in the audience that the Andy Griffith Show produced and only lasted two seasons.

The series had been based on a real North Carolina town that Andy Griffith grew up in. There for many years the real Floyd the barber would cut hair and sign autographs. The series won nine Emmy awards in its 8-year run. Everyone knows about Mayberry even if you’ve never seen an episode. But for those who have, it’s a snapshot of a place and time that continues to entertain today.

Now you can have the entire eight years at your fingertips in this CBS massive release of the entire series on DVD. It’s fun to watch Andy Taylor evolve from the terribly naive country bumpkin to the sly philosophical Andy Taylor after the first season or so. The set is split into two cases. You get all 249 episodes. The first case holds the first five seasons in black & white, while the second case holds the final three seasons, which were presented in color. Unfortunately, that’s also when Don Knotts left to star in his ill-fated variety show, and the series was not near as good. Of course, it’s full frame, and the only extras are some network promos. Looking for something you can still enjoy with the whole family? “Let’s invite Andy.”

Gino Sassani is a member of the Southeastern Film Critic's Association (SEFCA). He is a film and television critic based in Tampa, Florida. He's also the Senior Editor here at Upcomingdiscs. Gino started reviewing films in the early 1990's as a segment of his local television show Focus. He's an award-winning recording artist for Omega Records. Gino is currently working on his 8th album Merchants & Mercenaries. Gino took over Upcomingdiscs Dec 1, 2008. He works out of a home theater he calls The Reel World. Favorite films: The Godfather, The Godfather Part II, The Body Snatcher (Val Lewton film with Karloff and Lugosi, not the pod people film), Unforgiven, Gladiator, The Lion King, Jaws, Son Of Frankenstein, The Good, The Bad And The Ugly, and Monsters, Inc.
Tuesday Round Up: February 23, 2016 Girls: The Complete Fourth Season (Blu-ray)