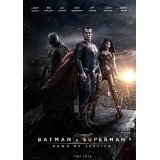 “It’s time for the biggest gladiator match of all time. Son of Krypton versus Bat of Gotham”

In a summer chalked with blockbusters that are expected to defy box office records, dare I say this may be the most anticipated one of them all? When news about this film was first released, opposition rang out on both sides of the spectrum. Some argued that films that feature two characters facing off rarely work, especially when it comes to two heroes. I have to admit that I found myself agreeing with this argument. In my defense, this appeared to me as a clear strategic ploy to fast-track the introduction of the much-anticipated Justice League franchise. Now albeit true, my resistance did waver upon watching the trailer. So as I sat in my seat, anxiously awaiting the lights to dim and the screen to illuminate, one question dawned (pun intended) on me: can the film live up to the hype?

The events of Man of Steel are seen again, this time through the eyes of Batman, albeit in Bruce Wayne form, as he arrives Metropolis during the conflict to lead the evacuation of a Wayne Enterprise satellite office in the city. Arriving too late, he can only witness the destruction and havoc left behind by the epic battle between Superman and General Zod. Two years later, when the Man of Steel comes under scrutiny due to mysterious deaths believed to be the result of a misuse of his powers, the caped crusader is among the first to take up arms against him. Believing that the Kryptonian poses a risk to humanity, Bruce Wayne sets about preparing to do battle with Superman. Simultaneously, Lex Luthor (Jesse Eisenburg) puts into motion an elaborate plan to discredit the hero and turn the public against him.

Notice in my synopsis that most of is about other characters rather than Superman; draw your own conclusions from there. As initially suspected, this was a platform to bring the Justice League to fruition. That said, it is not necessarily a bad thing, because I must admit that I am sufficiently excited for the upcoming film. To be a sequel to a Superman movie, it seemed to be less about the character that it was inspired by. Don’t misunderstand me; Henry Cavill is featured plenty, but I highly doubt anyone can say that he is the prominent figure of the story. That title belongs to another.

Though Affleck’s performance was excellent and there is no shortage of A-listers in the story, there was one other person who brought an interesting quality to their character, and that was Jesse Eisenberg. Eisenberg’s interpretation gave the mastermind a slightly unhinged quality that I found mildly compelling. The one factor I found lacking was his motivation for wanting to bring down the hero of Metropolis. Clarification on this point would have helped give a better understanding as to who Luthor is as a person. As it is, all we know is that he possesses a great intellect and is severely damaged by repeated trauma in his past. Just something as simple as a brief flashback would have done the trick. Hopefully the character is expanded upon in the extended version.

The story itself was quite imaginative in the signature style that Snyder has perfected (found myself having a Sucker Punch flashback), but all the moving parts do more harm than good as far as I’m concerned. All the different perspectives did give understanding for each character’s motivation (with the exception of Lex); however, the dipping in and out of everyone’s imagination makes it difficult at time to discern when things are actually happening. There is one easter egg specifically featuring the caped crusader that I’m still wondering about.

In the long run, I think it will be the lack of focus on the titular character that hurts the film the most, especially given that he is the one with biggest emotional arc in the film; he is the one with the most to overcome. There needed to be more angst shown, more of a struggle and questioning of the ideals he believes in. On the plus side, there was a great philosophical question raised that really drives the plot: just because it is within your power to intervene, does that give you the right to? That was a question I found myself asking even after I left the theater.

Jeremy Butler is a film school graduate of the International Academy of Design and Technology. He is been writing for Upcomingdiscs since 2012; however, movies have played a big part of his life for much longer. Favorite genres include horror, science fiction/fantasy, and comedy. Favorite movies are V for Vendetta, Boondocks Saints, Kiss Kiss Bang Bang, and The Godfather.
The Hunger Games: Mockingjay Part 2 (Blu-ray) The Ultimate Don Rickles