Posted in: The Reel World by Archive Authors on April 10th, 2016 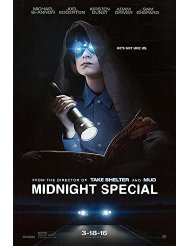 Comic book movies are the preeminent form of movie entertainment in this day and age. I use the term broadly to include all sorts of fantasy books and ancillary offshoots. There is the Marvel Universe and the DC Universe and other universes that include Star Wars, Harry Potter, Game of Thrones, The Hunger Games, and endless variations. As consumers we become fans of a particular fantasy world from which we gain great personal pleasure. Religion is also a source of orientation for most of the world. We believe in various versions of God in which to invest our emotions fervently and honestly. There is a clear difference between fantasy and religion, but then we have YouTube, which is becoming increasingly crammed with “information” that crosses the line between fantasy and reality. Many people who are obsessed with superheroes and fantasy characters may not believe in God. People who believe in God may find comic books silly. The fact is that myth and legend are intertwined with fantasy and religion to this very day. We all live in a real world, and all of this is beyond our understanding if it were indeed real.

Midnight Special is a movie that starts from a religious framework. A young boy, Alton Meyer (Jaeden Lieberher) has been kidnapped by his father from a religious cult. The cult is run by Calvin Meyer (Sam Shepard) and, though it’s not clear, he is probably the father of Alton’s father. Roy (Michael Shannon) has taken the boy to bring about prophesy that the boy has foretold. The cult is apparently centered on words the boy has said as a new scripture. The government is actively involved in recapturing the boy, but for reasons of national security. Numerous FBI and military personnel are involved in the hunt, but the de facto head is NSA agent Sevier (Adam Driver, better known now as Kylo Ren from Star Wars: Episode VII-The Force Awakens). Roy has enlisted a state trooper friend, Lucas (Joel Edgerton) in this highly illegal endeavor. Everyone is committed to the quest by the force of religious fervor.

Midnight Special has been compared to E.T. the Extraterrestrial and Close Encounters of the Third Kind, and with good reason. Director Jeff Nichols has brought the same sort of earnest intensity, naturalism, and believability that the young Spielberg brought to his work. Nichols has turned out three previous independent films (Shotgun Stories, Take Shelter, Mud) which have all grown in budget, heart, and expertise. Midnight Special has the biggest budget yet at $18,000,000, which is still tiny by Hollywood standards, but delivers in every way to rival much bigger films.

The film’s structure of frantic chase escalates to involve Alton’s mother, Sarah Tomlin (Kirsten Dunst). It leads to a climax of cataclysmic proportions, but only in the sense of altering the nature of our way of life. The secrets that the film reveals are not the aliens that so obsessed the young Spielberg. The reveal is not what we expect in most of our fantasy films. There is a question that the film poses. Is it fantasy? Is there something in this world that we cannot see? Jeff Nichols has already proven himself a great and original new voice. Now he’s attempting to up his game. He seems to be ready to be the new Spielberg.

Stealing Cars The von Trapp Family: A Life of Music