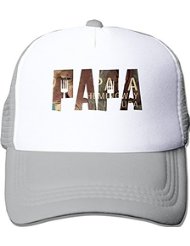 I’ve been told enough times that it is often not a good idea to meet your heroes. It’s too often impossible for anyone to live up to expectations, particularly when they are already up on a pedestal in our minds. All humans have their flaws, and Ernest Hemingway was no exception. I never met him. He killed himself around the time I was busy being born. I often joked to my writing professors that he feared my arrival. The truth is that he had so many demons. It isn’t a secret today, and it wasn’t then, at least not for anyone familiar with his work. But Denne Bart Petitclerc did meet Hemingway after writing him a bit of a fan letter in 1957. The result was that Petitclerc was invited into Hemingway’s inner circle at a time in Hemingway’s life where his demons were beginning to catch up with him. Place that encounter in the larger environment of Castro’s rebel uprising in Cuba at the time, and you might have an interesting story. Petitclerc certainly thought that he did. He wrote a screenplay and shopped it around for decades even up to his own death in 2006. Unlike the many fish on Hemingway’s line and tackle, no one bit. It’s possible that Papa Hemingway In Cuba is the reason.

The first oddity comes with changing Petitclerc’s name to the rather generic name of Ed Myers, played by Giovanni Ribisi. Ribisi’s Myers was orphaned as a young child who ended up working as a reporter for the Miami Herald. He credits the writing of Ernest Hemingway for helping him to escape his tragic reality and eventually teaching him to be a better writer. So he decides to send The Old Man Of The Sea a fan letter and tell him what his work has meant to him. Hemingway is touched and places a call to Myers and invites him to his home in Cuba to go fishing. At the encouragement of his coworker and girlfriend, who actually sent the letter for him, he ends up meeting his hero.

“Call me Papa. Everyone does.”

The only truly brilliant thing about this film is the spot on casting of Adrian Sparks as Hemingway. Sparks is not only a dead ringer for the writer but does a pretty much tremendous job of capturing the spirit of the troubled celebrity. It’s not such an easy job. The script delivers Hemingway as a flat character that belies his obvious command of the language. Sparks has the potential to deliver an Oscar performance, which he nearly does even with the dime-store dialog that often sounds like a bad fortune cookie. There’s a moment when Hemingway writes a six-word short story on a bar napkin that is the kind of gold that was here to be mined. It’s truly the most emotional and inspiring moment of the film, but no one connected with the movie seems to know it except maybe Sparks, who delivers the nugget with a sly knowing smile and shrug that I would have expected from Hemingway himself. If only someone knew enough about what they were doing to run with that kind of a character study. They didn’t.

The result is a collection of scenes that suffer from poor editing and pacing. Most of the scenes are short vignettes that don’t connect well to each other. Director Bob Yari is in over his head and demonstrates the fact throughout the course of the movie. The result is compelling moments that appear to come out of nowhere. Yari doesn’t know how to build toward his big moments, and once there he’s at a loss at what to do with them next. We end up with sudden bouts of hostility between Hemingway and his wife that don’t ring true because the context that Yari lays down is all wrong. Sure, the performances are often captivating, but none of it works as a coherent story. We go from visit to visit, often losing track of when Myers is in Cuba or Miami. He’s given this love interest that sets up his encounter with Hemingway, but she’s terribly underwritten as a character and is left dangling too often to become effective. Yari tries to work her into the dynamic with some words of advice from Hemingway, but I never got the idea Myers was even paying attention.

The film boasts that it is the first Hollywood movie filmed in Cuba since 1959. Indeed there are some remarkable shots of beautiful beaches and other scenic delights. Unfortunately, you can get the same thing in a tourist video, and that’s more what this film feels like than anything else. The trailer leads you to believe there is a good deal of action in this film and that Hemingway played a part in the rebellion. Every scene that feeds that narrative is already in the trailer. This is not an action film at all. These scenes are thrown in almost at random just to remind us of the political upheaval in Cuba at the time. We got a better sense of that in The Godfather Part II when Michael’s car encounters a rebel ambush. It’s a reflective moment for Michael that is repeated here with Myers in a car watching rebels being rounded up. Yari throws in an encounter with Tampa’s mob boss Santos Trafficante, played terribly by James Remar. I love Remar. He was great as Dexter’s dead father, but he’s not a mob boss type. The character doesn’t even belong in the film, and I think Yari is trying to drop names here with no idea what he’s doing…once again. Bad casting includes an awkward cameo by Hemingway’s granddaughter Mariel as a dinner guest.

It’s not always a good idea to meet your heroes. If Hemingway is one of yours, this movie takes you no closer to meeting him, even with a pretty outstanding effort by Adrian Sparks. Yari is a pretty solid producer, but this is only his second effort as a director. The last was in 1985. Hopefully it’s back to the production team for Yari. “It’s an honorable profession if you do it right.”

Gino Sassani is a member of the Southeastern Film Critic's Association (SEFCA). He is a film and television critic based in Tampa, Florida. He's also the Senior Editor here at Upcomingdiscs. Gino started reviewing films in the early 1990's as a segment of his local television show Focus. He's an award-winning recording artist for Omega Records. Gino is currently working on his 8th album Merchants & Mercenaries. Gino took over Upcomingdiscs Dec 1, 2008. He works out of a home theater he calls The Reel World. Favorite films: The Godfather, The Godfather Part II, The Body Snatcher (Val Lewton film with Karloff and Lugosi, not the pod people film), Unforgiven, Gladiator, The Lion King, Jaws, Son Of Frankenstein, The Good, The Bad And The Ugly, and Monsters, Inc.
The Green Room Destroyer / Edge of Sanity