Posted in: Podcasts by Gino Sassani on August 1st, 2016

We’ve got to have the cleanest cars in the country here at Upcomingdiscs. That’s because we keep going back to the All American Bikini Car Wash. I think we’re starting to lose a little of the paint. This time we stopped by to talk to Jason Lockhart who plays Vex in the film. Vex is kind of the free spirit who likely wants to be spending more time with those bikini girls and cars. Actually, Jason is also a writer and director with some impressive credits of his own. It appears he had a great time working on All American Bikini Car Wash and I had the chance to talk to him about that. Bang it here to listen in on my chat with Jason Lockhart. 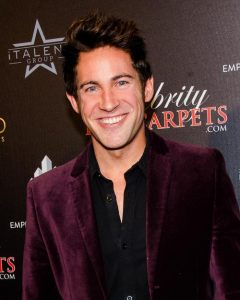 The film has cracked the top 10 in DVD sales. I think we’re going back… stay tuned.

Gino Sassani is a member of the Southeastern Film Critic's Association (SEFCA). He is a film and television critic based in Tampa, Florida. He's also the Senior Editor here at Upcomingdiscs. Gino started reviewing films in the early 1990's as a segment of his local television show Focus. He's an award-winning recording artist for Omega Records. Gino is currently working on his 8th album Merchants & Mercenaries. Gino took over Upcomingdiscs Dec 1, 2008. He works out of a home theater he calls The Reel World. Favorite films: The Godfather, The Godfather Part II, The Body Snatcher (Val Lewton film with Karloff and Lugosi, not the pod people film), Unforgiven, Gladiator, The Lion King, Jaws, Son Of Frankenstein, The Good, The Bad And The Ugly, and Monsters, Inc.
Jason Bourne I Am Wrath (Blu-ray)