Posted in: No Huddle by Gino Sassani on September 3rd, 2016 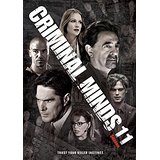 Things are really going to change over at Criminal Minds. Season 11 is going to be your last chance to see the team as it’s been for several years. I’d say it’s in for the biggest change since Mandy left early in the show’s run. Now two more of the show’s original actors will be leaving. One of the changes was totally planned. After 11 years on the series, Shemar Moore decided it was time to try something else. Derek’s exit is part of the show’s finale, and there’s room for him to return if he wishes. The second exit was not quite so planned. Thomas Gibson has had a history of violent outbursts on the series in the past. He’s been known to push people around…literally. While filming an early episode for season 12, he kicked a writer during a disagreement. Apparently that was the last straw, and he has now been fired. Hotchner will be seen in the first couple of episodes, and then he’ll be gone. I suspect this exit will not allow a possible return, and I expect to see Hotchner killed off. Whatever happens going forward, Season 11 will be a final look at this particular cast combination, so enjoy it.

Agent Rossi (Mantegna) is actually one of the unit’s founding fathers. Agent Hotchner (Gibson) is the often stoic agent in charge who defers to Rossi’s judgment most of the time. The team also includes still-young Dr. Reid (Gubler), who is a genius but lacks the necessary skills to have much of a social life. Agent Morgan (Moore) is the dynamic soul of the team, possessing an unending supply of energy to drive their investigations. JJ (Cook) is the public face of the team, handling liaison duties with local law enforcement and also the team’s press relations. In a command center that rivals the bridge of the Enterprise is Agent Garcia (Vangsness) who handles the computer research while the rest of the team is in the field.

Together they travel to hot spots throughout the country to help local cops and feds with hard-to-capture UnSubs (what the team calls the criminal, meaning Unknown Subject).

It looked as if we might have been losing another beloved character this season. Mathew Gray Gubler was absent from the show for several episodes. If you were worried that he was also looking to do something else, you’re right, he was. But that didn’t mean an exit from Criminal Minds. The fact is he has a rather unique contract with the show that specifically allows him to leave for an extended period to tackle another project, and that’s exactly what happened here. When he finally did return, it was one of the most intense episodes of the season. Reid ends up on a potentially deadly date in Entropy. He’s talking with a killer while his team works the case on the outside. Gruber returns with a bang. He gets to show off his excellent acting chops while spending most of the time at a restaurant table with a killer. It’s one of the best written episodes on the series and a heck of a return for the moonlighting Gubler.

The season also marks a return episode with Paget Brewster as Agent Prentiss. This one isn’t a permanent return, but a welcome friendly face. Prentiss comes to the BAU for help with a killer she’s tracking for Interpol. She’s having nightmares about this one. The episode is Tribute, and while Prentiss makes a welcome visit, this is also the first episode since the departure of Derek. Moore is no longer on the credits at this point. Just as Tony left NCIS to be with his new family, Morgan has done the same thing.

Jennifer Love Hewitt appeared for only one season as Kate. Now there are two vacancies in the unit, and soon to be more. That new face is going to be a psychologist who is used to researching these killers after they are caught and in a controlled environment. Dr. Tara Lewis is played by Aisha Tyler, who coincidentally spent some time with Hewitt on Ghost Whisperer.

Garcia gets the most emotional strain this season. A running threat is the Dirty Dozen case that Garcia kind of uncovers. She must try to stop the unsubs before they can kill 12 people. Each of them have names like The Black Widow and use different methods to kill. Then there is a case that takes the team to a place called Glenport Village, where sexual offenders are actually welcomed and live in a community of their own kind. The village is led by a reverend.  There is also a case that takes place in my favorite city, St. Augustine, Florida. Unfortunately, even though clues are part of the city’s long history, the establishing shots are actually of the Orlando area some 80 miles away. Hostage is a ripped from the headlines case about women who have been held hostage for many years. The real event happened in Ohio.

The big splash is that some of the team end up in the middle of a prison break. The real bad news is that the season finale leaves many of the worst criminals the team has ever captured once again free. This sets up quite a big story arc for Season 12, and without two of the prime characters. Don’t be surprised if Hotchner falls to one of these killers seeking revenge against the team. It’s actually a pretty clever idea. Shows this old often fall into ruts. Now with two faces gone, a new mission to track old killers freshens things up considerably. It allows us to have a “greatest hits” kind of theme for the season along with the potential killers coming directly after the team that locked them up.

There are some extras to be found here. You’ll get deleted scenes, a gag reel, and a profile on Shemar Moore and his character. There’s also the traditional season summary. You get all 23 episodes on six discs.

What can I say about Criminal Minds that hasn’t been said in the last 10 years? It’s the little show that could. I’ve been a fan since the first episode when Mandy Patinkin was the show’s leader. His departure left the show with a hole it was swift to fill, and I have to say it hasn’t missed a beat since. The rest of the cast has been solid for most of that decade, and they’ve evolved into one of the best teams on television. Because of this show we all learned what an unsub was and have become pretty aware of the things that go on in a killer’s mind. It was the perfect sister show to CSI for years on Thursday nights. CSI dealt with the physical evidence, while Criminal Minds dealt with the mind. What a combination. Gibson’s bullying tactics had likely reached a boiling point. Like all bullies, he apparently tended to show off his bravado. Except, “courage is grace under pressure”.

Gino Sassani is a member of the Southeastern Film Critic's Association (SEFCA). He is a film and television critic based in Tampa, Florida. He's also the Senior Editor here at Upcomingdiscs. Gino started reviewing films in the early 1990's as a segment of his local television show Focus. He's an award-winning recording artist for Omega Records. Gino is currently working on his 8th album Merchants & Mercenaries. Gino took over Upcomingdiscs Dec 1, 2008. He works out of a home theater he calls The Reel World. Favorite films: The Godfather, The Godfather Part II, The Body Snatcher (Val Lewton film with Karloff and Lugosi, not the pod people film), Unforgiven, Gladiator, The Lion King, Jaws, Son Of Frankenstein, The Good, The Bad And The Ugly, and Monsters, Inc.
The Interior Tuesday Round Up: September 6, 2016