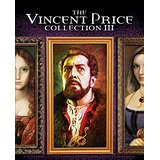 I think I see your problem. You have this list. It’s a list of people you need/want to buy a Christmas gift for. The trouble is that they’re into home theatre, and you don’t know Star Trek from Star Wars. You couldn’t tell a Wolf Man from a Wolverine. And you always thought that Paranormal Activity was something too kinky to talk about. Fortunately, Upcomingdiscs has come to the rescue every Christmas with our Gift Guide Spotlights. Keep checking back to see more recommendations for your holiday shopping. These gift guides ARE NOT paid advertisements. We take no money to publish them. This Christmas season is the time to give the gift of 4K. Shout Factory has found the perfect movies to allow your special someone to see the true potential of 4K. Bringing IMAX films to the format is a stroke of genius. The short running times allow for very high bit-rates, and the IMAX source material provides for a higher resolution film source than standard 35mm. They also allow you to give 4K titles at a pretty low price. Combine all of these things and this one is a no-brainer for that home entertainment tech on your Christmas list.

The documentary was financed by Pacific Life. They’re a good choice, as they have incorporated the whales into their logo for years. It’s narrated by Ewan McGregor. The IMAX cameras take us on a journey to three important stops in the humpback’s 10,000-mile roundtrip migration across the planet. In Alaska the whales feed. In the more tropical waters they mate and eventually give birth, and the cameras are there. No footage has ever been taken of humpbacks actually mating, but we do get to see the courtship. We get to see a mother caring for her baby, which is already 14 feet long at birth. The film is loaded with field footage including their dramatic leaps into the air. And let’s not forget the songs. This film certainly didn’t forget anything.  Forty minutes of spectacular footage of humpback whales.

Wonders Of The Arctic

The documentary isn’t so much about the Arctic as a region but really is the story of the ice itself and how it impacts on both human and animal populations. It does sound the warnings of climate change, but I give it a lot of credit for not attributing such change to anything in particular. Instead the documentary does what all good documentaries should do. Present us with some facts. Show us some interesting stories. Leave us educated, thrilled, and entertained. Wonders of the Arctic actually accomplishes all three of these goals.

The Last Reef: Cities Beneath The Sea

Scuba diving is the closest thing I’ve ever experienced to being on an alien world. Everything around you looks and feels totally different from what we see on land. Even our relationship to gravity changes. There’s nothing like it on this Earth. The ocean is a diverse place and quite resilient. The Last Reef makes this point rather dramatically in the opening minutes of the documentary. It begins with a newsreel that takes us to the nuclear explosion experiments that were conducted off the Bikini Islands in 1946. Yes, that’s where the swimsuit got its name. The Islands were making the newsreels because of the tests. Of course, the entire landmass and surrounding sea were saturated with radiation. The Islands’ reef was destroyed. It was pretty much left to its own devices for over 50 years. And now it is once again a flourishing reef teeming with incredible life.

From the tests the film shifts gears and becomes more of a standard journey into the waters of several reefs around the world. The film begins to make the connection between a reef and a thriving metropolis like New York City. We’re treated to time-lapse video of various aspects of New York City, particularly the traffic throughways and outside cafes. Of course, these moments are frantic, particularly in time-lapse form. We’re then exposed to the slower, more tranquil versions of some of the same ideas: schools of fish all moving in one direction compared to those highways and feeding stations where rays and sharks can have parasites cleaned from their bodies by waiting fish. The connections are a stretch, yes, but it’s a nice effective way to compare and contrast these two distinctly different “cities”.

There are really two interchangeable things going on in this IMAX film. The narration tells us the story of William Cornelius Van Horn, who was given the task of creating a transcontinental railroad in order to unite the country of Canada. We get some detailed information on the unique topographical challenges that the railroad faced. There are tales of tragedy and tales of triumph. The end result is the Canadian Pacific Railroad, which still runs today from coast to coast over 3000 miles of changing landscape and the towering Rocky Mountains.

While the first function of the film is educational, the second part of is pure entertainment. We follow one of those trains in its journey across a continent. We get wonderful shots of the interior that are amazingly detailed thanks to the 4K images. But the real beauty shots have to be the incredibly breathtaking vistas through which our train travels. There are massive snow-capped mountains and rivers filled with mud or just crystal-clear, bright blue waters.

If your special someone doesn’t have 4K yet, Shout Factory has another great gift idea. It’s

Vincent Price was an avid art collector and critic. He was a gourmet-level chef. He was a poet and a photographer. Some might call him a Rennasaince man, to be sure. But most of us remember him for the films that playfully frightened us. He was the Gentleman Ghoul, as some would later call him. Shout Factory brings us the third in an ongoing collection of Vincent Price films, many for the first time in high definition. In this collection you get:

Price plays Robur, who plans to use his airship invention to bring terror on the world. The film also stars Charles Bronson and Henry Hull.

Price plays the historic icon Richard III, who is haunted by those he’s killed to take the throne.

Price is a French magistrate who becomes possessed by the spirit of a killer he has condemned.

Price recites four Poe stories. Excerpts from this film were used in the two earlier collections to open the AIP/Corman Poe films. He reads: The Tell-Tale Heart, The Sphinx, The Cask of Amontillado, and The Pendulum.

Price sets out to find and kill witches with a merciless and cruel hand. Now one of those witches’ spirit is out to drive him insane.

Gino Sassani is a member of the Southeastern Film Critic's Association (SEFCA). He is a film and television critic based in Tampa, Florida. He's also the Senior Editor here at Upcomingdiscs. Gino started reviewing films in the early 1990's as a segment of his local television show Focus. He's an award-winning recording artist for Omega Records. Gino is currently working on his 8th album Merchants & Mercenaries. Gino took over Upcomingdiscs Dec 1, 2008. He works out of a home theater he calls The Reel World. Favorite films: The Godfather, The Godfather Part II, The Body Snatcher (Val Lewton film with Karloff and Lugosi, not the pod people film), Unforgiven, Gladiator, The Lion King, Jaws, Son Of Frankenstein, The Good, The Bad And The Ugly, and Monsters, Inc.
Tuesday Round Up: November 29, 2016 The Hunger Games: Catching Fire (UHD Blu-ray) (4K)