I Am the Blues 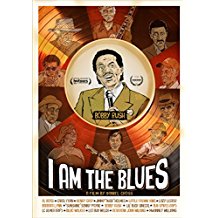 The blues has had a tremendous impact on our contemporary popular culture, as it is largely the foundation of what we have come to understand as “pop music.” Without the blues, cultural phenomena such as Rock N’ Roll, Beatlemania, the British Invasion, heavy metal, hip-hop, gangsta rap, grunge, and contemporary pop would have evolved much differently. Even as I look over that list, I can’t make an argument for any one of those cultural shifts to be as impactful or as lasting as the blues. Perhaps I am a little biased as a rock enthusiast and musician, but every good guitar player knows that most of their stylistic flair can be traced right back to the Deep South.

I Am the Blues takes audiences through some of Louisiana’s bayous and parts of the Mississippi Delta in order to capture what can be described as the spirit of the blues. Daniel Cross managed to film multiple powerful performances and develop a narrative that provides a philosophical cohesion the emulates the blues itself: simple enough to understand, yet complex enough to be just out of reach. With Bobby Rush’s guidance, Cross takes viewers on a pilgrimage to the Chitlin’ Circuit, grabbing interviews and performances of local blues legends along the way.

I would be very remiss to not mention that I am a diehard Leadbelly fan. There is just something about that raw blues sound: a soulful musician, with their instrument and voice, just expelling every last drop of melancholy from their heart and alleviating the woes of the day. This film introduced me to many new musicians that I am disappointed I was unaware of up this point. Despite being anywhere from 60 to 90 years old, these legends still have their bearings. While all the musicians are very entertaining to watch, among my favorite performers are: Barbara Lynn, Lazy Lester, RL Boyce, and Reverend John Wilkins. Each has his or her own unique style and prowess. Barbara Lynn’s first performance on her signature electric guitar blew my mind.

There are two very specific reasons to watch this film outside of the wonderful music. The first is the incredible amount of small, magical moments that unfold before Cross. The second is what Cross actually does with these moments, weaving them into a beautiful philosophical story. Many of the musicians give what I can only describe as mini guitar lessons while Cross films them, reinforcing the basic concept that music is a very communal art, especially the blues. Another crucial part of this “blues philosophy” I continue to reference involves the musings of each musician to the world around them; whether it be their cognizant arguments of the current sociopolitical climate being reflected and refracted by contemporary artists or the humbling admission that their knowledge of music literally saved their lives. There are so many of these moments…they never last more than a minute or two, but they are the most memorable to me.

To further elaborate upon Cross’s ability to relay the blues philosophy, it is all about seeing a story within your footage. Cross tastefully intercuts beautiful B-roll of swamps, neighborhoods, water towers, train tracks; basically anything that might define the culture is captured in visually striking takes and used as a transitional image from one scene to the next. It is not that difficult to make a documentary about music visually interesting for a musician. If I see someone playing guitar, I am immediately drawn to it. However, I believe Cross succeeded in making this film visually interesting for non-musicians too, whether it be a long static take of an alligator sunbathing or members of a community participating in some form of luncheon. Each and every frame of this film wants to be seen.

This is a film to own and revisit. Perhaps the argument can be made that traditional blues is dying. Regardless of the truth, Cross provided a service by immortalizing these musicians’ legacies for all to see. Whether you love music or not, I Am the Blues satisfies your soul in the way only the blues can: a steady cathartic process that opens your mind to simplistic, yet oh-so-complex philosophies. These philosophies speak to each person in a different way, yes, but the important part of the process is listening to the music before you even begin to think.

It’s a difficult sensation to describe, and I’ve done my best. But I’d sooner trust the word of a bluesman (or blueswoman) before I trust some guy reviewing movies.

(Be sure to check out our interview with director Daniel Cross.)