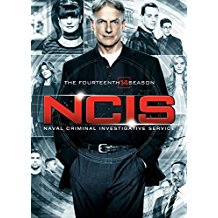 There have been a lot of changes at NCIS over its 14 season run to date. Over time people have come and gone, but rarely has the series had to deal with so much change going into a new season. The most obvious of these has been the departure of Michael Weatherly as beloved character Tony DiNozzo. Tony was one of the still many remaining characters from the show’s premier season a decade and a half ago. He’s the kind of character who couldn’t be replaced by just one new character. NCIS starts the 14th season with three new characters on board. But Weatherly wasn’t the only big loss to the series. The unexpected death of showrunner Gary Glasberg hit the cast and crew pretty hard. He passed without warning or obvious illness just as the season’s shooting was beginning. He had been with the series since 2009 and left a pretty big impact on the show. His loss might not be as obvious to the people who watch the show, but it was as big as that of Michael Weatherly. In many ways the 14th season marks a turning point in the long life of the NCIS franchise.

As the season opens, we discover that Gibbs (Harmon) has been going through prospective replacement agents at an alarming pace. It’s gotten so bad that the NCIS training officer in charge of sending those agents arrives to find out just what it is Gibbs wants. That training officer is Agent Alex Quinn, played by Jennifer Esposito. He suggests Quinn stick around a bit to find out what he wants. I don’t think it’s much of a spoiler to reveal that it was Quinn Gibbs was trying to get all along. But she won’t be the only new agent. The first episode has the team looking into an undercover agent who has failed to check in for six months and may be in trouble. There’s the possibility he’s gone “native”. That agent turns out to be Agent Nick Torres, played by Wilmer Valderrama. He also ends up being invited to stay with the team. Torres offers a bit of a higher tension wildcard that shakes the team up a bit. He’s used to going it alone and has trouble learning to depend on others. With Quinn there is the added element that she trained the other agents, except for Gibbs, and knows things about them that maybe the rest of the team doesn’t. But that’s not the end. NCIS goes for the hat trick by turning recurring character Clayton Reeves into a part of the team. Reeves is a British liaison agent much the way Ziva was for Israel. He’s played by Duane Henry and is a loner but of a different sort than Torres. He doesn’t have much in the way of family or friends and volunteers for dangerous assignments as a result.

There are some interesting guest characters this season. Just because Tony DiNozzo is gone doesn’t mean Robert Wagner can’t show up in a couple of episodes as Tony Sr. In the first of these appearances he’s offering Tony’s apartment, and the team all try to outdo each other to get it. I won’t reveal the “winner”, but that agent ends up dealing with a few buried secrets in Tony’s apartment that lead to some grisly albeit humorous developments. I think it’s great that Wagner appears like he’ll continue to recur. He’s always been one of the show’s favorite guests. Rafi Silver has a bit of a stint as a translator named Kasim, who also serves as a love interest for Bishop (Wickersham). Bishop isn’t the only one who gets a new love interest. Vance (Carroll) gets close to a Congresswoman who has been getting threats and isn’t very happy that NCIS has decided to try to protect her. Mary Stuart Masterson plays the recurring ambitious Congresswoman Jenna Fleming. She has ambitious plans to make Vance a Congressman and slide Gibbs into the Director’s seat. She’s pretty much a bull in a china shop. One of my favorite television actors makes an appearance here. Bruce McGill has just finished several years on The Closer/Major Crimes and was a wonderful recurring humor/foil for MacGyver back in the day. Here he guest stars as a Vietnam veteran who is a witness to a crime and keeps trying to slip away from Reeves, who has been reluctantly assigned to keep an eye on him. One of the better episodes of the season. Finally, Hill Street Blues veteran Joe Spano starts the season returning as the injured Fornell. He’s been kind of milking his season 13 shooting and crashing on Gibbs’ couch, much to the senior agent’s frustration. Gibbs is also showing in a nice subtle way his feelings of loss with Tony. He’s a bit more quick to anger and much more reflective than he has been.

The season really has one big story for the season. The first is a ruthless terrorist that continues to elude capture. It’s this big bad that Reeves risks his life to go undercover with pretty disastrous results. The villain is played by Bruce Locke, and he’s definitely a throwback to the show’s early days or the Hawaii Five-O Chin days. The season revisits the “mole” scenario that has been somewhat overused. Fortunately, this season has returned a bit to more standalone episodes. With so many new cast members, I think it was a good call. We get to explore the various character dynamics, and by the end of the season it feels pretty comfortable.

Of course, NCIS has always made room for the individual characters to shine. Brian Dietzen’s Jimmy Palmer gets to be the hero when he goes literally out on a ledge to save an attempted suicide. It’s a bottle show that might be short on action but long on character even after so many years. Bishop deals with another tragic relationship over a few episodes, and we get to meet her three overprotective brothers who scour the squad-room looking for who might be dating her. Ducky gets another one of those wonderful flashback episodes when a victim is discovered with his old address in his pocket. Adam Campbell returns to play Ducky in his younger years. This is the third of these episodes, and I’m hopeful there will be more. Gibbs has an episode almost to himself when he happens upon a criminal that he knew back in his undercover days. He decides to improvise in order to recover stolen nuclear fuel rods from the man’s brother. Of course, he’s left his team in the dark. Abby gets to be the focus of the NCIS: New Orleans crossover which we discussed when reviewing that show Here. For McGee it’s a wedding and a bit of irony. After so many years as the team’s “probie”, McGee is now the team’s senior agent, and we have some nice moments as he grown into that position. He’s also inherited the Gibbs head-slap.

The season ends with a cliffhanger that finds the team in Paraguay trying to find out why a missing Marine defied orders and risked his life to deal with a group of rebels. You get all 24 episodes plus the New Orleans crossover on six discs. Extras include deleted scenes, new character feature, and the usual CBS half-hour season summary. There’s plenty of explosive action to go along with all of that character development. That’s why some of us guys have watched it for so long. We love seeing things blow up. “And this is why men aren’t invited to baby showers.”

Gino Sassani is a member of the Southeastern Film Critic's Association (SEFCA). He is a film and television critic based in Tampa, Florida. He's also the Senior Editor here at Upcomingdiscs. Gino started reviewing films in the early 1990's as a segment of his local television show Focus. He's an award-winning recording artist for Omega Records. Gino is currently working on his 8th album Merchants & Mercenaries. Gino took over Upcomingdiscs Dec 1, 2008. He works out of a home theater he calls The Reel World. Favorite films: The Godfather, The Godfather Part II, The Body Snatcher (Val Lewton film with Karloff and Lugosi, not the pod people film), Unforgiven, Gladiator, The Lion King, Jaws, Son Of Frankenstein, The Good, The Bad And The Ugly, and Monsters, Inc.
The Originals: Season 4 Granny Of The Dead