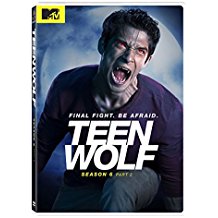 “I’m going to tell you a story. Maybe it’ll sound familiar. There was this kid. Sixteen, alone and running for his life. He couldn’t see them but he could hear them getting closer. They had guns, crossbows. They were hunting him. It came on the night of the full moon. Something came at him. Something bit him, and it changed his life. It changed everything.”

And it’s all about to change once again. Teen Wolf started in 1985 as a horror/comedy film featuring then-rising Michael J. Fox as a high school basketball player who discovers that he’s a werewolf. It was one of those awkward coming of age films with a lycanthrope twist. Then in 2011 Jeff Davis adapted the name for an MTV original drama series. The concept went from comedy to straight horror akin to shows like The Vampire Diaries. Now six years later the show is coming to a close with these, the final 10 episodes of its run. But this will not be the end. The franchise is already slated for a reboot and will return to television again shortly. I don’t know much about the tone or connection of that show to either the series or original film. I guess we’re all about to find out together. Until then we have 10 more episodes to sort through as Teen Wolf ends with exactly 100 episodes.

By the time of these final episodes, Teen Wolf had evolved into less of the story of Scott McCall (Posey) and more of his “pack” of friends, most who are either also wolves or some other kind of supernatural creature. He’s taken the position of the group’s alpha and is doing what he can to protect them all. That’s all going to be put in serious jeopardy when a new hunter comes to town with weapons that can kill any supernatural creature. Enter new school guidance counselor Monroe, played by Sibongile Mlambo. She was witness to a supernatural attack and lost someone special. Now she blames the Beacon Hill wolves and is taking them out. She gets help when our old friend Gerard (Hogan) shows up again. He takes her under his wing for some “Jedi” training and manipulates events so that the town learns there are werewolves.

For most of this set of episodes the town erupts into civil war with some wanting to kill the wolves and others willing to defend them. Gerard has armed the hate groups, and the war is on. All of this is fueled by the arrival of the season’s big bad. It’s called an Anuk-Ite. It spreads extreme fear and panic that makes it easier for Gerard to push ordinary people into hunting and killing their own neighbors. It’s also something of a Gorgon in that if you look at it you turn to stone. So the wolves have to battle on several fronts.

The season offers some nice payoff moments for the fans. Several actors/characters return to help Scott defend his pack. Most notable is Tyler Hoechlin, who left the wolf crowd to become Superman in the Supergirl television series. Colton Haynes left the show to become Roy Harper on Arrow and other DC Television Universe shows. He returns for the final battle. Charlie Carver returns as Ethan. Haley Webb puts in an appearance as Jennifer Blake, and even Kate’s back with Jill Wagner. Fans will be delighted to see so many of their favorites from the early years return for one or two last roundups in Beacon Hill.

You get all ten episodes on three discs with a couple of short features. The cast indicate that there is talk of this version returning at some point in a television movie or event series. While the show aired on MTV it was produced by Fox, who has had some run with the event series format. Whatever happens to these guys, there is another version on the way soon. For now “I’m done with mysterious animal situations”.

Gino Sassani is a member of the Southeastern Film Critic's Association (SEFCA). He is a film and television critic based in Tampa, Florida. He's also the Senior Editor here at Upcomingdiscs. Gino started reviewing films in the early 1990's as a segment of his local television show Focus. He's an award-winning recording artist for Omega Records. Gino is currently working on his 8th album Merchants & Mercenaries. Gino took over Upcomingdiscs Dec 1, 2008. He works out of a home theater he calls The Reel World. Favorite films: The Godfather, The Godfather Part II, The Body Snatcher (Val Lewton film with Karloff and Lugosi, not the pod people film), Unforgiven, Gladiator, The Lion King, Jaws, Son Of Frankenstein, The Good, The Bad And The Ugly, and Monsters, Inc.
Patti Cake$ (Blu-ray) Atomic Blonde (UHD Blu-ray) (4K)