Many of our followers know that Upcomingdiscs is headquartered in sunny Tampa, Florida. Except for the occasional hurricane, it’s a pretty bright place to live. It looks like something dark is on the way and it isn’t a storm. Tampa Bay filmmaker Ryan Justice and his crew have invaded our paradise with their new found-footage thriller Followers. The film will premier at the Movie Studio Grill at the University Square Mall Friday (March 23rd) starting at 11:00 PM. Some cast and crew will be on-hand for fans. If you’re not in the area you get a perfect chance to catch the film on-line. The powers that be are handing out TEN ($10) iTunes Gift Cards to 10 lucky Upcomingdiscs readers. You can pick up your own copy of the film when it streams March 23, 2018. I’m going to pick a new winner every day starting on Friday the 23rd for 10 days. Once you enter you are eligible for the entire run of the contest.

Please – only one contest entry per person!

Winners will be notified when the contest ends and cards distributed at that time.

Upcomingdiscs NEVER sells or shares your information with anyone. (Winners names and emails will be sent to have your prize sent to you) 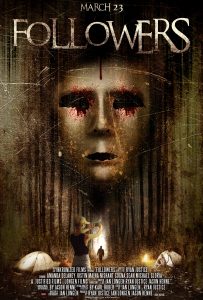 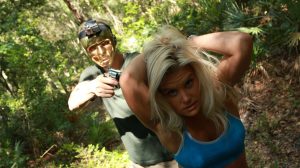 Gino Sassani is a member of the Southeastern Film Critic's Association (SEFCA). He is a film and television critic based in Tampa, Florida. He's also the Senior Editor here at Upcomingdiscs. Gino started reviewing films in the early 1990's as a segment of his local television show Focus. He's an award-winning recording artist for Omega Records. Gino is currently working on his 8th album Merchants & Mercenaries. Gino took over Upcomingdiscs Dec 1, 2008. He works out of a home theater he calls The Reel World. Favorite films: The Godfather, The Godfather Part II, The Body Snatcher (Val Lewton film with Karloff and Lugosi, not the pod people film), Unforgiven, Gladiator, The Lion King, Jaws, Son Of Frankenstein, The Good, The Bad And The Ugly, and Monsters, Inc.
Frank Serpico The Handmaid’s Tale: Season One (Blu-ray)