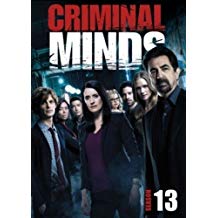 Criminal Minds is about to enter its 14th season, and unlike some of the other long-running shows on CBS, this one has had a fair share of bad luck. Cast members have gone, and even returned after a couple of years. A year ago the show’s top star gets fired for physically threatening people on the set. The series has had two attempts to spin off, but unlike CSI or NCIS, neither show could get out of its second year alive. Not even Gary Sinise could save the franchise. It’s understandable that as the series went into its 13th year, fans were just asking themselves what can go wrong now. It turns out that 13 was a lucky year for Criminal Minds. There weren’t any big cast shakeups, and the show has gotten back its legs and delivered one of the better years of its run. If you’ve been away hoping for the show to get back on track, this is the season for you to rejoin.

While no one appears to be leaving after this season, year 13 brought in a couple of the characters from Criminal Minds: Beyond Borders, and unfortunately, none of them was named Sinise. It turns out to be a case of good news and bad news for the BAU team. The bad news comes in the guise of Kim Rhodes, who played the rather nasty assistant Director Linda Barnes. She spent a few weeks on the spinoff and joins here as an internal threat to the team. She’s out to break them up. Her episodes bring a lot of team tension to the show, and she’s pretty much like a threat from within. Fortunately, she isn’t long for the show, and we get back to the traditional storytelling. Kim Rhodes is actually a pretty good actress, and many fans know her best as Sheriff Jody Mills from Supernatural, where she almost had her own spinoff of that show.

The temporary split of the team gives us a chance to see what the characters might be doing if not for the team. Rossi (Mantegna) ends up working on a movie set where they are filming one of his books. Reid (Gubler) ends up with a teaching job, and Garcia (Vangsness) ends up hating an office job. Prentiss (Brewster) is having her leadership questioned. Of course, she took over the team when Gibson’s character was axed because of the actor’s temper.

The good news from Beyond Borders is that Daniel Henney joins the cast full-time with his Matt Simmons character. He’s a nice, neat new puzzle piece, because unlike the rest of the team, he has a wife and young children. His wife ends up getting more involved with the action when she’s part of a hostage situation. Simmons was one of the more dynamic characters from the doomed spinoff, and it was a great choice to bring him over to the BAU.

A lot of the cast get to direct episodes this year. Gubler and Mantegna have each directed several episodes, and both return to do more in Season 13. Adam Rodriguez directs his first episode. Aisha Taylor also gets to direct her first episode this season. Actors taking the director’s chair can be a hit-or-miss proposition. Some find that they enjoy directing more than acting, as has been true for Star Trek’s Lavar Burton and Roxanne Dawson or Hill Street Blues’ Betty Thomas, all of whom are primarily directors these days. The nice thing about a long-running series is the kind of support network you get and the built-in familiarity with the material. All of that has certainly been true with Criminal Minds, and I anticipate that after the show is finished, Gubler will end up spending the rest of his career as a director. Kirsten Vangsness also pitches in as a writer from time to time and has written an episode this season.

The season includes a rare return engagement of a killer. Mr. Scratch gets a little more time to play with the BAU. The show also ends its season with its 299th episode, which is a pretty thrilling cliffhanger to be resolved with the 300th episode to start the next season in just a short time from now. Rossi has something in common with NCIS’s Gibbs, and that’s a long list of ex-wives. We meet wife # 3 this season. Another episode delivers a crime family of rodeo clowns. Just when you thought the idea well might finally run dry. Farscape and Stargate star Ben Browder stars in an episode where the drug epidemic is the “serial” killer. It’s also the episode written by Vangsness. We also get a nice return visit by Shemar Moore to help out Garcia when she has to deal with a past stress.

You get all 22 episodes on six discs with a few extras thrown in. There’s the expected CBS season wrap-up, a profile on Barnes, one feature asks the cast if they think they would make good FBI agents for real, and a gag reel. The production values continue to shine on this series. There are some pretty gruesome victims as the series contiues to come up with twisted ways that killers can get attention. This show certainly has had my attention for a long time now. It’s deserving of yours. Even in years of turmoil, the series has continued to deliver. The cast are a crucial part of the writing/production/directing team. “That would explain it.“

Gino Sassani is a member of the Southeastern Film Critic's Association (SEFCA). He is a film and television critic based in Tampa, Florida. He's also the Senior Editor here at Upcomingdiscs. Gino started reviewing films in the early 1990's as a segment of his local television show Focus. He's an award-winning recording artist for Omega Records. Gino is currently working on his 8th album Merchants & Mercenaries. Gino took over Upcomingdiscs Dec 1, 2008. He works out of a home theater he calls The Reel World. Favorite films: The Godfather, The Godfather Part II, The Body Snatcher (Val Lewton film with Karloff and Lugosi, not the pod people film), Unforgiven, Gladiator, The Lion King, Jaws, Son Of Frankenstein, The Good, The Bad And The Ugly, and Monsters, Inc.
Masters of Sex: The Complete Series (Blu-ray) Searching