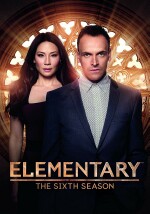 “This could get worse before it gets better.”

That’s the perfect story line for the sixth and almost final season of CBS’s modern Sherlock Holmes take, Elementary. After the fifth season ended, CBS was one of the first networks to renew a great number of their dramas. They kept more returning shows than any other network last year. And for good reason. The NCIS franchise ranks among the most watched shows in the world. That’s not quite the case for Elementary. The fifth season showed declining viewership even though the series contains a very loyal core audience. It was most certainly on the bubble. Finally, the show was brought back for a limited 13-episode run but not at its traditional spot in the fall with all of the other returning major shows. It was held back until April and planned for a quick slot going into the summer. But the show proved to have a little more life than initially thought, and an additional eight episodes were added to bring the total to a pretty routine network show run of 21 episodes. Elementary fans got a lot to get excited about. Not only did they score eight episodes, but the show also earned its way to a seventh season, which will not begin until some time in 2019. For now you get the complete sixth and NOT final season. That’s 21 episodes on six discs.

Each episode features a mildly captivating crime puzzle for Holmes to solve. Lucy Liu plays Watson. This incarnation of the classic character is a disgraced former surgeon who is assigned to keep Holmes from falling back into his heroin addiction. Very soon she begins assisting him in his investigations as she demonstrates a great aptitude for it. The platonic chemistry between Holmes and Watson is a bit of an issue for this show. Watson is more babysitter than partner, but they did start to grow closer as the series progressed. There is no real hint of romantic connection between them, which I enjoy. This show avoids the laziest possible device for character tension, and I applaud it for that. For you non-bookworms out there, Holmes’ drug use is actually taken from the original stories by Sir Arthur Conan Doyle, where it was a 7% solution of cocaine that fed the detective’s jones. There are numerous references to Holmes’ use of various drugs and stimulants, many coming from Watson’s perspective, which means that this adaptation’s method of having Watson be a caretaker of Holmes is more closely related to the original than one might assume.

This season develops with both Holmes (Miller) and Watson (Liu) keeping significant secrets from each other. For Holmes it’s the progression of PCS, which is a threat to his ability to think. For Holmes it’s rather disastrous, because he identifies so strongly with his mental capacity. For Watson it’s a drive to be a mother. She’s hired a lawyer to help her find a child to adopt. Of course, both of these secrets come out, and both characters grow a bit by the support each receives from the other.

Both are also having family issues to deal with. Watson loses her father and reconnects with her half-sister at the funeral. We also get to see the mistake that caused her to lose her surgery career with a little more clarity. For Holmes it’s the return of his own father, played wonderfully by John Noble. There’s a question of who will take over his considerable estate when he’s gone. Of course, that was always going to be Mycroft’s task, but now he’s gone, and Pop has some severe reservations about Sherlock being in that role. The two share remarkable chemistry and unfortunately such a brief amount of screen time.

Chemistry is exactly what saves the season in the form of a character known only as Michael, played by Desmond Harrington. Appropriately enough Miller and Harrington worked together on Dexter. Michael ends up becoming a huge part of Sherlock’s support for his addiction and disease issues. This relationship evolves into something delightfully dark as the season moves on. Michael’s a serial killer and believes he can actually help Holmes by providing him with a worthy nemesis. The crazy part about that is how true it actually happens to be. This evolution is constant, and the two actors do an absolutely incredible job of playing it out. It’s the thread that likely saved the season and perhaps the entire series. The ironic part about all of this is that the invention of Michael came because the season was going to be shorter and had the potential to be the end. The result was it added a much-needed new dynamic that made this season as compelling as anything that came before it in six years. The relationship reminded me somewhat of Clark and Lex in Smallville.

The season has that overwhelming feeling of finality throughout. It’s obvious that the cast and crew knew the odds were rather high that this was going to be the end. Even in the releases bonus features you have a 15-minute segment where writers tell us about their favorite case from the show’s entire run. Throughout these features cast and crew talk about being thankful for the experience and the relationships they forged during the show’s six years. They appeared ready for the ride to be over. Fans know by now that the ride has at least a few more miles to go. I don’t know how many episodes will make up the seventh season, and I suspect the odds continue to grow that it will likely be the last. But these fans have heard that a few times before, so they aren’t about to give up. Will it stay or will it go? “Far be it from me to think that I know everything.”

Gino Sassani is a member of the Southeastern Film Critic's Association (SEFCA). He is a film and television critic based in Tampa, Florida. He's also the Senior Editor here at Upcomingdiscs. Gino started reviewing films in the early 1990's as a segment of his local television show Focus. He's an award-winning recording artist for Omega Records. Gino is currently working on his 8th album Merchants & Mercenaries. Gino took over Upcomingdiscs Dec 1, 2008. He works out of a home theater he calls The Reel World. Favorite films: The Godfather, The Godfather Part II, The Body Snatcher (Val Lewton film with Karloff and Lugosi, not the pod people film), Unforgiven, Gladiator, The Lion King, Jaws, Son Of Frankenstein, The Good, The Bad And The Ugly, and Monsters, Inc.
Stan “The Man” Lee 1922 – 2018 Pixar Short Films Collection — Volume 3 (Blu-ray)