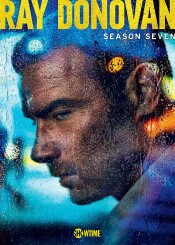 For all intents and purposes, Season 7 is the final season of Ray Donovan. The end came rather suddenly and after it was too late to create and film some kind of satisfying finale for the series. The cast and crew were taken by surprise, so you can imagine how the fans of the show are taking this. To make matters worse, the last episode, while not a complete cliffhanger, leaves too many strands of thread that weren’t connected. There’s nothing satisfying about this finale, and that created waves in the world of fandom. Star Trek is famous as being the first television show that a network cancelled and then brought back because of a huge letter-writing campaign that flooded network executives and pushed them into an unprecedented action for that time. The show was brought back. Imagine what those rabid fans could have done today with the internet and social media. The call has gone out, and while Showtime has made no move to offer any kind of reversal or concession, the show’s star reached out with a somewhat cryptic message of hope. He assured fans that the Donovan family isn’t finished just yet. What that reprieve might be, there isn’t a clue offered, but it’s doubtful at this point that the show will return as an 8th season. The likely scenarios include a Showtime film like we saw recently for Deadwood. There’s a shot at a feature film at the theatres, which is where Star Trek’s original crew ended up. There’s always a chance of a revival mini-series like we’ve seen over at Fox for The X-Files and Prison Break. I don’t know what form it might take, but I do believe the characters will return in some way. Unfortunately new global circumstances have placed pretty much all television shows, films, and other outlets for entertainment in doubt, at least in the short term. Eventually we will get out of this, but I suspect Ray Donovan won’t be the first priority out of the gate. Fans are going to have to be patient here. I believe it will happen, but I’m as equally convinced that it won’t happen soon. So for now you’re going to have to savor these last 10 episodes for a while, and this DVD release gives you the means to do just that.

There are two events from the past that are driving the events of this season. Ray (Schreiber) and the family still feel the loss of Abby. That death from Season 5 hangs over everyone as if it had just happened. The other event deals with the circumstances from last season. The cops that waged war on the Donovans and took daughter Bridget (Dorsey) hostage. It ended with a bloody massacre that baptized Bridget’s fiancée Smitty (Rogers) into the family. Bodies were dismembered and heads disposed of … but not for long. Fishermen come up with a bowling ball bag containing one of those heads. Detective Perry (Bernstine) uses it to launch a full-scale investigation into the Donovan family, and it’s going to be brutal.

Mickey (Voight) is on his way to prison … again. He finds a four-leaf clover and begins to believe in some kind of lucky destiny when the image continues to show up. A fuel truck bearing the sign plows into the prison transport causing a huge explosion and incineration of the bodies within. With Mickey dead, the family gathers at a local bar to share their memories. It’s all rather sweet until Mickey crashes his own wake. Somehow he’s escaped, and his “death” is the perfect way to get out from under Detective Perry’s investigation. Mickey takes the blame, but he’s dead. Investigation ends. Mickey escapes to Europe never to be heard from again, and the family goes on as if it never happened. But Jon Voight’s Mickey just can’t help himself, and he gets in his own way once again, disrupting the lives he touches.

Once again Mickey draws son Daryll (Hall) back into his crap along with Aunt Sandy (Martin). Mickey stumbles on a gold coin from the heist that originally sent him to prison for twenty years. It leads him to believe that his partners ripped him off, and the three go off on a little road trip to get the money and/or give a little payback of their own. The trip leaves plenty of bodies in its wake and eventually gets into Ray’s way, making things a lot more bloody and complicated than they need to be, including his latest romantic interest, Molly (Condon). A lot of this season’s best moments can be found with these three and their own agenda.

Ray still can’t deal with the life he now has and seeks the help of a psychologist, played wonderfully by Alan Alda. Dr. Amiot also suffers from Parkinson’s Disease and is kind of phasing out his practice.

The brothers Terry and Bunch both have good stuff to play this year. Eddie Marson continues to be one of the best actors on the show. Each season seems to get darker and darker for Terry. This season he falls for a cult who claims he can be healed only to lead him to an elder woman with whom he feels empathy. Terry considers killing himself, but after having visions from the cult’s use of hallucinogens, he sees signs that turn him away each time at the last moment. He even unknowingly encounters Dr. Amiot when he returns to his medical treatments. Marson will bring tears to your eyes just sitting there, and this is some of his best stuff yet. Dash Mihok does almost as well as Bunch. This is a guy who wants to do right, but it just never works out the way he intended it to work. He goes to work for Ray this season, and the actor directs one of the season’s episodes.

The character of Bridget, played by Kerris Dorsey, continues to grow into the heir apparent to Ray’s skills if not his business. She ends up using those skills to help out some friends, and Ray is confronted with just how much like him she is. Her emotional issues are best found in her odd relationship with Smitty, who will make some bad choices with serious repercussions for the family. Again it’s the performances that make this show as good as it is.

The best part of the final season are the flashbacks. We get to see the Donovan siblings in their daily lives after their mother dies and Mickey walks out on them. We get to see how Ray started to become the man he is and we even see some of what might drive Mickey.

The season is one of the show’s best, but not in the context of a series finale. Showtime really let these actors and characters down by deciding to end it where it is right now. I fully expect there will be something, but alas no one likely knows what, when, or where it might show up. For now, at least as far as the studio is concerned it’s over and done with. “How do you feel about that?”

Gino Sassani is a member of the Southeastern Film Critic's Association (SEFCA). He is a film and television critic based in Tampa, Florida. He's also the Senior Editor here at Upcomingdiscs. Gino started reviewing films in the early 1990's as a segment of his local television show Focus. He's an award-winning recording artist for Omega Records. Gino is currently working on his 8th album Merchants & Mercenaries. Gino took over Upcomingdiscs Dec 1, 2008. He works out of a home theater he calls The Reel World. Favorite films: The Godfather, The Godfather Part II, The Body Snatcher (Val Lewton film with Karloff and Lugosi, not the pod people film), Unforgiven, Gladiator, The Lion King, Jaws, Son Of Frankenstein, The Good, The Bad And The Ugly, and Monsters, Inc.
Paramount Presents: King Creole, Fatal Attraction & To Catch A Thief Gunsmoke: The Complete Series (Also Complete 20th & Final Season)