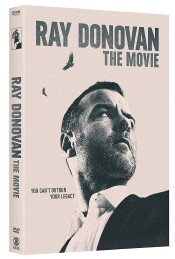 For all intents and purposes, Season 7 was the final season of Ray Donovan. The end came rather suddenly, and after it was too late to create and film some kind of satisfying finale for the series. The cast and crew were taken by surprise, so you can imagine how the fans of the show were taking this. To make matters worse, the last episode, while not a complete cliffhanger, leaves too many strands of thread that weren’t connected. There’s nothing satisfying about the finale, and that created waves in the world of fandom. Star Trek is famous for being the first television show that a network cancelled and then brought back because of a huge letter-writing campaign that flooded network executives and pushed them into an unprecedented action for that time. The show was brought back. Imagine what those rabid fans could have done today with the internet and social media. The call went out, and while Showtime had made no move to offer any kind of reversal or concession, the show’s star reached out with a somewhat cryptic message of hope. He assured fans that the Donovan family wasn’t finished just yet. The result is a Showtime film like we saw recently for Deadwood. The film has aired and is now out on DVD so that fans can finally own as completed a collection as they are going to get.

If you have not watched the complete series of episodes, this is no place for you to start. The film doesn’t offer any kind of catch-up, and you need to understand these characters and the dynamic between them, or you’re lost from frame one. The only kind of a recap you get happens in the opening moments. We see Ray (Schreiber) digging a grave, and this is intercut with a musical montage of some of the events that led us here. It’s one of those films where it starts somewhere in the middle. Someone is dead, and we cut to Ray on the phone with his friend and therapist Dr. Arthur Amiot, played by the aging but wonderful Alan Alda. He’s telling him that he killed his father, but it’s not what you think, and there’s a huge twist awaiting you when it all ends. Most of the film’s narrative comes from Ray’s talking to Amiot. That means there’s not going to be a very linear narrative here, and you’re going to have to pay close attention or risk being left behind.

Ray’s narrative includes a lot of flashbacks to his early days as a child. We get to see how the tension evolved with his father. We also learn how he became a Hollywood fixer, and we see the event that we have heard about for seven years. We learn how and why Ray set his father up for 20 years in prison. We’ve seen a couple of flashback scenes before, and the actor who played the younger version of Ray is  Chris Gray. We discover is early encounters with both Abby, played here by AJ Michalka, and Ezra, played here by Danny Deferari. Of course, the reason for these flashbacks is to discover the origins of the Ray Donovan we’ve known for several years, and for the most part it’s an effective device. The problem is how confusing it all can be. There was enough material here for perhaps a mini-series, and the longer this movie plays out, the more I wish that’s what they had decided to do. There’s too much to pack in here.

The wonderful supporting cast that has served this series so well gets criminally little to do. I felt bad for fans of Eddie Marson as Terry, Dash Mihok as Bunchy, and Pooch Hall as Daryll. They are nothing more than window dressing here, and that’s really a shame. I love these guys and the wonderful chemistry they all had throughout the series run. Yes, they get some nice moments, particularly Terry, but those great moments don’t make up for how little of them we get in the end. In fact we don’t get to see Ray much when he’s not on the phone. Series stalwart Katherine Moennig gets less than a two minute cameo. Most of the running time is filled with the flashback story. It’s a compelling story, to be sure, and it could have been its own film.  Even Jon Voight’s Mickey doesn’t get enough to do ,and he’s the most used and most crucial character in this goodbye story. Bill Heck does a …  heck of a job playing the younger Mickey, and honestly, there’s a series right there.

I have such mixed feelings about the coda film. I will tell you that there are some terrific payoffs, and there’s no question this is the end of that story. You’ll get the ending you deserved in the series itself. But on the other hand, it’s all so rushed and incomplete. The show was running out of steam, and it couldn’t go on forever on just the strength of this mighty cast. I get that much. “It had to stop. It had to end.”

Gino Sassani is a member of the Southeastern Film Critic's Association (SEFCA). He is a film and television critic based in Tampa, Florida. He's also the Senior Editor here at Upcomingdiscs. Gino started reviewing films in the early 1990's as a segment of his local television show Focus. He's an award-winning recording artist for Omega Records. Gino is currently working on his 8th album Merchants & Mercenaries. Gino took over Upcomingdiscs Dec 1, 2008. He works out of a home theater he calls The Reel World. Favorite films: The Godfather, The Godfather Part II, The Body Snatcher (Val Lewton film with Karloff and Lugosi, not the pod people film), Unforgiven, Gladiator, The Lion King, Jaws, Son Of Frankenstein, The Good, The Bad And The Ugly, and Monsters, Inc.
Grand Slam (Blu-Ray) Licorice Pizza (Blu-ray)