Posted in Disc Reviews by Michael Durr on November 8th, 2019 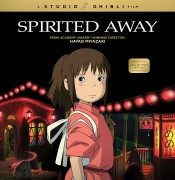 We are back with another collector’s edition from Shout Factory.  This time we tackle the much celebrated Spirited Away, directed by Hayao Miyazaki, which was released in 2001, when it did so well that it ended up on our domestic shores in the following year.  It was absolutely adored by critics, and here is a fun fact.  I have never seen it.  Little did I know that the American trailers I was seeing around this time were warping my idea of what the film was really about.  Finally, after all of these years I have had the opportunity to watch and digest such a fantastic film.
END_OF_DOCUMENT_TOKEN_TO_BE_REPLACED 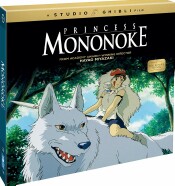 Hayao Miyazaki is an amazing Japanese animator and filmmaker.  His films include Kiki’s Delivery Service, My Neighbor Totoro, and Howl’s Moving Castle among other legendary pictures.  I can safely say I have enjoyed most of his films but unfortunately only owned a couple at the time of writing this review.  That’s why I was quite astonished when this collector’s edition of Princess Mononoke came across my desk.  I was ready to dive in with both feet and re-visit this movie that I had not seen since, well, almost twenty years ago.