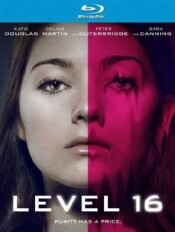 … and is thrifty, healthy, and wise. Watching the beginning of Level 16 reminded me a little bit of that Boy Scout Oath we used to stand and deliver in the gymnasium of Saint Margaret’s when I was a young teenager. There are also several aspects of the film that reminded me a little of the disciplined regiment at Saint Margaret’s Elementary School. But there’s something more sinister afoot at Vestelis Orphanage than a few sadistic nuns packing yardsticks or a scout leader who smelled of stogies. END_OF_DOCUMENT_TOKEN_TO_BE_REPLACED 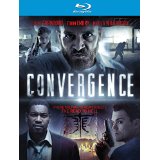 A detective appears to be trapped between heaven and hell in Convergence, which is not all that different from the way I felt watching this supernatural thriller. On one hand, I was impressed by some of the mood and unsettling imagery established by writer/director Drew Hall; the film is mostly set in an abandoned hospital, which inspires even more dread than spending time in a fully functional one. Then again, there are also a lot of nonsense characters and story elements here that don’t get a satisfying payoff, making Convergence an occasionally confounding and hellacious slog. END_OF_DOCUMENT_TOKEN_TO_BE_REPLACED

Posted in Disc Reviews by Gino Sassani on September 24th, 2014 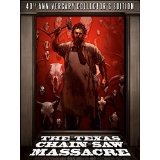 “The film which you are about to see is an account of the tragedy which befell a group of five youths, in particular Sally Hardesty and her invalid brother, Franklin. It is all the more tragic in that they were young. But, had they lived very, very long lives, they could not have expected nor would they have wished to see as much of the mad and macabre as they were to see that day. For them an idyllic summer afternoon drive became a nightmare. The events of that day were to lead to the discovery of one of the most bizarre crimes in the annals of American history, The Texas Chain Saw Massacre.”

Posted in Disc Reviews by Gino Sassani on August 3rd, 2011

“As people flocked together for safety, the plague marched through their locked gates and they became death traps. When Washington fell it was over for America as we knew her. As government blew away, our great leaders ran for it, and hope was abandoned.”

It’s a grim and dark reality that Stake Land sets for us from the beginning. END_OF_DOCUMENT_TOKEN_TO_BE_REPLACED

Posted in Disc Reviews by Gino Sassani on July 14th, 2011

“The Dead should never be woken.”

Of course, we’ve learned that lesson countless times before. Stephen King might have been our best teacher with his chilling book Pet Sematary along with its not-as-successful films. Who can ever forget Fred Gwynne, beloved Herman Munster himself, uttering the line: “Sometimes dead is better”? END_OF_DOCUMENT_TOKEN_TO_BE_REPLACED

The Last Lovecraft: Relic of Cthulhu

Posted in Disc Reviews by Gino Sassani on February 23rd, 2011

“My money is on you being brutally killed within two days, but what choice do we have?”

The works of H.P. Lovecraft have a reputation for being imaginative and utterly horrifying. The same can be said for the many attempts to bring this work to the screen. Most of these have been horrifying, but for the wrong reason. With the very notable exception of the Re-Animator films, which owe a great deal to the portrayal of West by Jeffrey Combs, the Lovecraft films usually miss their mark by a mile. END_OF_DOCUMENT_TOKEN_TO_BE_REPLACED