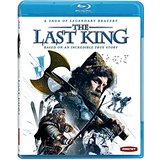 Imagine if Three Men and a Baby was remade with just two guys, a baby, a battle axe, and a bunch of arrows. Despite its exceedingly generic Americanized title, The Last King has a little something different to offer action-weary movie watchers. The story is set in a time and place — 13th century Norway during the country’s civil war — that is probably unfamiliar to U.S. audiences. And while much of the hand-to-hand combat and royal treachery will prove cliched to some, they are presented with some fun tweaks and an occasionally sentimental tone that doesn’t always mesh with the hard-hitting action. END_OF_DOCUMENT_TOKEN_TO_BE_REPLACED 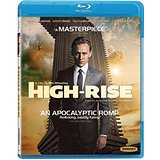 “High Rise,” the novel written by the late English author J.G. Ballard, was published in 1975. The story follows a diverse group of characters who live in a luxurious skyscraper that features every amenity imaginable. Things are so convenient, in fact, that the tenants gradually become less interested in the outside world. The idea of people becoming increasingly uninterested in the outside world is obviously still relevant more than 40 years later, since many of us prefer to order everything online and only venture outdoors if there’s a rare Pokemon to be caught. But while this movie adaptation has its moments of inspired lunacy, it’s ultimately too slight and scattershot to leave a lasting impact. END_OF_DOCUMENT_TOKEN_TO_BE_REPLACED

Hammer of the Gods (Blu-ray) 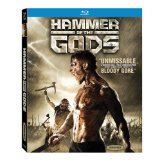 Is the idea of a “low-budget epic” an oxymoron? I realize an ingenious filmmaker like Neill Blomkamp was able to make the $30 million District 9 look like it cost about five times that much, but I’m talking about really working with scraps. Heck, for $30 million, the filmmakers behind Viking drama Hammer of the Gods could’ve probably made this film 10 times. The Blu-ray case makes it seem like a SyFy-level production, but director Farren Blackburn admirably had his sights set considerably higher. END_OF_DOCUMENT_TOKEN_TO_BE_REPLACED