We Can’t Go Home Again & Don’t Expect Too Much

Posted in Disc Reviews by William O'Donnell on November 14th, 2012 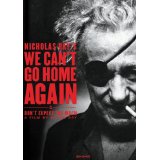 There are two films that are on the main disc; an experimental film by Nicholas Ray and a documentary by Susan Ray about the making of said film. They are perfect companions on this release and I feel one is crucial for the other, therefore I’m going to treat neither as simply a “Bonus.” END_OF_DOCUMENT_TOKEN_TO_BE_REPLACED

We Need to Talk About Kevin 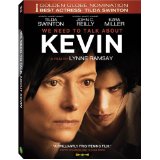 People tend to place blame on the parents when their children do something wrong. Sometimes this practice is perfectly legit, especially when the behavior is a constant minor disruption or something that is obviously linked to bad parenting. But when the child creates a massive infraction which could include taking a life (or lives), it shouldn’t always fall back on the parents. But yet, the parent will almost always suffer as such the case here with We Need to Talk About Kevin. END_OF_DOCUMENT_TOKEN_TO_BE_REPLACED

Posted in Disc Reviews by Archive Authors on April 27th, 2011

In 1954 several canisters of film were found in a German archive, simply entitled “Das Ghetto”. Inside were reels of film shot in the Warsaw ghetto in 1942, mere months before the zone was shut down and the people sent off to death camps. For years this footage was considered an important historical document, as its raw footage chronicled day-to-day life in the ghetto and was unlike any footage existing at that time.

Some forty-five years later, however, another reel was found that shed new light on the veracity of the original footage. END_OF_DOCUMENT_TOKEN_TO_BE_REPLACED

William S. Burroughs: A Man Within

Posted in Disc Reviews by William O'Donnell on March 5th, 2011

William S Burroughs was the third hit of the 1-2-3 combo of Alan Ginsberg’s Howl, Jack Kerouac’s On the Road, and Burroughs’ Naked Lunch which closed out the 50s and defined the so-called “beat generation.” This film documents the significance of Burroughs work as a part of this scene, and the influence he had on artists, musicians, filmmakers, and countless others. END_OF_DOCUMENT_TOKEN_TO_BE_REPLACED

Posted in Disc Reviews by Michael Durr on January 22nd, 2011

Allen Ginsberg is often regarded as one of the most important poets of the 20th century. He is seen as a symbol of the Beat Generation and contributed to the San Francisco Renaissance. His most important work, Howl has created both worldwide controversy and praise. It escalated into a 1957 obscenity trial of the poet and Lawrence Ferlinghetti who had published Howl along with other selections from Ginsberg. The film is a celebration of Ginsberg’s life as well as the results of this trial. END_OF_DOCUMENT_TOKEN_TO_BE_REPLACED

Exit Through the Gift Shop

Posted in Disc Reviews by William O'Donnell on December 16th, 2010

Thierry Guetta has the habit of filming everything he does in his entire life. This habit did not shake while filming the, technically illegal, work of his cousin ‘Invader’ who is a street artist that pastes up images from and inspired by the video game Space Invaders. Guetta quickly fell head over heals for this underground movement of creating street art and started documenting some of the most famous street artists in the entire world, including the ever (in)famous ‘Banksy.’ END_OF_DOCUMENT_TOKEN_TO_BE_REPLACED

Posted in Disc Reviews by William O'Donnell on September 30th, 2010

A young epileptic girl returns to her home in New York while on spring break. She stays with her mother and her best friend Al, whose room is now being rented out by his parents. While there she loses touch with her college boyfriend and reevaluates how she feels about her friend Al. END_OF_DOCUMENT_TOKEN_TO_BE_REPLACED

Posted in Disc Reviews by David Annandale on August 23rd, 2010

Robert (Jakob Cedergren) is a Copenhagen police officer exiled from the big city for a misdeed that is initially mysterious. His new position is as marshal in a small town in the marshlands. Though it seems at first as if he won’t have much to do here, things are looking more than a little weird. The locals all have their assigned seats at the pub, and resent any deviation from the way things are done locally. Shoplifting kids are expected to be beaten. The bicycle merchant has disappeared, but no one seems interested. A little girl in a red coat pushes a squeaky pram through the streets at all hours of the night. Then there’s the girl’s mother, the extremely flirtatious wife of the local bully. Robert is attracted to her, wants to protect her from her husband’s beatings, and one night succumbs to temptation. The consequences are deadly. END_OF_DOCUMENT_TOKEN_TO_BE_REPLACED

The Thorn in the Heart

Posted in Disc Reviews by David Annandale on August 23rd, 2010

Michel Gondry is a director whose work has been characterized by its originality and personal vision. The likes of Eternal Sunshine of a Spotless Mind and The Science of Sleep have marked him as a filmmaker with a distinct vision. Here he makes what must be his most personal film yet, as it is a documentary about his family. More precisely, it is about his aunt Suzette, a strong-willed, redoubtable matriarch who worked as a schoolteacher in some of the most remote regions of France. Gondry and crew follow Suzette as she revisits her former schools, working her way through the decades and chronicling her life, that of her family, and, along the way, that of France. END_OF_DOCUMENT_TOKEN_TO_BE_REPLACED

Posted in Disc Reviews by Archive Authors on July 26th, 2010

In 2007, nineteen years after a similar uprising was crushed by Burma’s military junta, frustrated citizens once again took to the streets. Led by troops of monks in peaceful demonstrations, they made their voices heard by the generals, demanding freedom and democracy. The reaction was swift and violent. Men with riot gear and guns descended on the demonstrators and after many clouds of tear gas, numerous beatings, and even some shootings, the government quickly broke the spirit of its people again.

END_OF_DOCUMENT_TOKEN_TO_BE_REPLACED

Posted in Disc Reviews by David Annandale on July 21st, 2010

Raquel (Catalina Saavedra) has been the maid for the family run by matriarch Pilar (Claudia Celedón) for 23 years. Those years have taken their toll, and Raquel looks worn far beyond her 41 years. She is clearly unable to look after the household on her own, and Pilar tries to hire another maid to help out. Raquel takes this the wrong way, imagines she’s being eased out, and treats each new maid as an invader who must be repulsed. END_OF_DOCUMENT_TOKEN_TO_BE_REPLACED

Posted in Disc Reviews by David Annandale on June 12th, 2010

Staff Sergeant Will Montgomery (Ben Foster), a decorated solider just back from Iraq and having difficulty re-adjusting to life on the home front, is understandably less than thrilled with his new assignment: working with Captain Tony Stone (Woody Harrelson) in the Casualty Notification Service. These two have what must surely be one of the worst jobs in the history of history: knocking on doors and informing people that their loved ones have been killed. It is important that they deliver the news and leave, and have no further involvement with the bereaved. If only life were that simple… END_OF_DOCUMENT_TOKEN_TO_BE_REPLACED