Posted in Disc Reviews by Archive Authors on October 27th, 2010

Hush Little Baby is a direct-to-DVD film presented by the Lifetime television network. Already you can make assumptions as to the quality of the film and the heightened drama that is associated with all Lifetime films. Hush Little Baby is parallel to any horror film about a possessed child who torments his/her parents, minus any suspense or gore. END_OF_DOCUMENT_TOKEN_TO_BE_REPLACED

The Rebirth of Cool: U2 in the Third Millennium

Posted in Disc Reviews by Michael Durr on June 17th, 2009 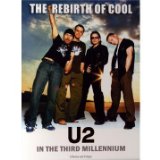 U2 was formed in 1976. Back then they were just teenagers figuring out how to play their instruments. But by the mid-80’s, they were one of the best bands in the world. Currently, they have sold more than 145 million albums worldwide and have won 22 Grammy awards. Rolling Stone has them listed as #22 in the greatest artists of all time. They appear frequently at the head of many human rights causes promoting social justice like Bono’s DATA (Debt, AIDS, Trade in Africa) campaign. END_OF_DOCUMENT_TOKEN_TO_BE_REPLACED