Posted in Podcasts by Gino Sassani on October 26th, 2009 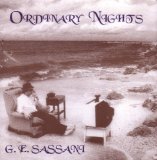 What a day we had here at Upcomingdiscs!

I had a chance to chat with Hercules himself, Kevin Sorbo this afternoon. He took time out of his busy schedule to talk to us about his television career and his new direct to DVD film, Tommy And The Cool Mule. Look for our review next week. Learn what Captain Dylan Hunt has been up to since his days recreating The Commonwealth.

Check out Kevin’s children charity at: World Fit For Kids.

I had the chance to chat with Chris Lemmon on the phone today.

While Chris has done a little acting over the years we all knew his Dad, Jack Lemmon.

Sony is about to release a new collection of Jack Lemmon’s films and so Chris agreed to chat a little bit about that and more.

Bang it here to listen to the Chris Lemmon interview

Posted in Podcasts, Random Fun, Uncategorized by Gino Sassani on May 15th, 2009

I had the chance to chat with Kane Hodder on the phone today.

He agreed to talk with me for Upcomingdiscs.

We all know Kane for his time behind the famous hockey mask of Jason Vorhees in some of the later Friday The 13th films. He was the first actor to repeat as the slasher icon. He was Ed Gein, The Butcher Of Plainfield, and most recently killer Dennis Rader in BTK. As a stunt coordinator and performer, he’s been involved with many huge projects, including: Se7en, Enemy Of The State, The Patriot, and Spawn.

We expect to be able to bring you a review of BTK shortly.

For now, check out this Upcomingdiscs exclusive interview of Kane Hodder.

Bang it here to go Behind The Mask With Kane Hodder