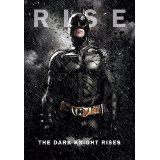 In the spirit of full disclosure, let me state that my favorite comic book hero is Batman. As a child, even before the Sixties TV show premiered, I loved the tale of Batman. It is a story of a child who overcomes the fear and destruction of his childhood and becomes stronger because of it. He grows into an extraordinary man and, in spite of having no super powers, created a legend out of himself by becoming an icon for justice. Bruce Wayne channeled his lust for vengeance into mastering his intellect, detective skills, science and technology, physical prowess, martial arts skills, an indomitable will, fear, and intimidation skills to fight his continuous war on crime. He may have inherited almost limitless wealth, but he didn’t let it make him soft; instead he converted the riches into a crime-fighting asset. His behavior may be borderline psychotic, but he lived by an impossibly strict, but simple, set of rules… no guns, no killing, no glory, but most of all, zero tolerance for crime.

When the Batman TV series premiered on ABC, January 12, 1966, I remember being very excited, but ultimately let down by the campy, tongue-in-cheek nature of the show. I still loved it, but it wasn’t the Batman I knew from the comics. Then, in 1986, Frank Miller wrote his masterpiece comic book miniseries, The Dark Knight Returns. It channeled all the grim subtext of the golden and silver age comics and restored the Dark Knight to his dark roots, forever removing the campy taste from our palettes. This led to a Batman renaissance in comic books, peaking with Alan Moore’s classic Joker story, The Killing Joke.

Then, in 2005, Christopher Nolan brought us Batman Begins. He didn’t just capture the Batman I had always dreamed of, he made it even better. Sixty-six years after the first appearance of Batman in Detective Comics #27, Nolan, like Frank Miller, tapped into the very essence of the story and elevated it beyond expectation. Imagine my astonishment when in 2008 magic happened and Nolan’s Academy Award winning sequel The Dark Knight proved not just a better film than its predecessor, but transcended the genre and elevated it to unfathomable heights.

I simply couldn’t imagine how Nolan, or anyone else, could possibly top it. I am here to tell you folks, with The Dark Knight Rises, Nolan not only tops it, but he creates an utter masterpiece. Simply put, in this critic’s humble opinion The Dark Knight Rises stakes its claim as the greatest comic book adaptation of all time and quite likely the best movie of the year, perhaps even the decade. This is a film best viewed cold, and for that reason I will not give any synopsis. If you are looking for spoilers, look elsewhere on the net, but you will be doing yourselves a great disfavor.

I would have given The Dark Knight Rises a five star rating, but it does suffer from one major flaw. As reported by the critics who saw the eight-minute preview last December, the dialog of the major villain, Bane (Tom Hardy), remains difficult to understand at times. Bane speaks through a mouthpiece/mask and his lines are digitally altered to reflect this. The end result is a bit muffled and a little too bass-heavy. I almost wished they had provided subtitles when he spoke. Now, I realize I am getting older, and my hearing isn’t what it should be, but in spite of Nolan remixing Bane’s dialog after the eight minute preview, it still proves a challenge to comprehend all his lines. I would say I got 90% of what he said, but it didn’t really confuse me to his intentions.

My fellow reviewer I went with still enjoyed The Avengers more, but that was a superhero move, and, yes, I still feel it stands as the greatest superhero movie to date. The Avengers is all about super powers and super battles, incredibly fun and as light as parfait. Nolan, however, transcended this genre and brought incredible social relevance to the story of a man without superpowers who dresses up like a bat to fight crime. This final installment of the trilogy rises, like the Dark Knight in the title, above the previous two, wrapping the story into a complete and epic end… and I do mean end. Some may be shocked by the ending; I know my eyes weren’t dry as I witnessed it.

If you liked (or like me, loved) the previous installments, you owe it to yourselves to see The Dark Knight Rises on the biggest IMAX screen possible as it was intended to be viewed. Do not let anyone spoil you on the story. I intend to see it again as soon as possible, probably more than once, and I feel confident you will want to as well.

“When Gotham is ashes, you have my permission to die.”