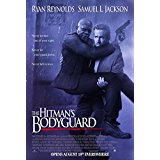 In The Hitman’s Bodyguard, Samuel L. Jackson is the very definition of badass as contract killer Darius Kincaid. Which begs the question: why would a prolific hitman need a bodyguard? That question is a great source of entertainment throughout the film’s duration. Needless to say, the bodyguard is not necessary, but no one could ever doubt that the pairing of Samuel L. Jackson and Ryan Reynolds is comedic gold. The Hitman’s Bodyguard is without question one of the best films of the summer. This is guaranteed to be this weekend’s box office winner, as it rightfully should be.

Michael Bryce (Reynolds) is a triple-A rated executive protection agent operating at the top level of his profession…that is until he loses a client despite accounting for every contingency. Two years later, he has been relegated to bottom of the barrel, protecting drugged out bankers. His skills are still sharp, but his current clientele makes the utilization of his skillset unnecessary. Then comes the job that could turn everything around for him. The downside is it requires him to protect someone that has tried to kill him 27 times. (Scratch that, 28 times, I forgot to mention Prague.) That’s right, our prolific assassin has managed to get himself pinched by Interpol and in exchange for leniency, he agrees to testify at the International Criminal Court against former Belarus President Vladislav Dukhovich (Gary Oldman).

Needless to say, Bryce is not keen on protecting someone who has tried to kill him so many times; however, his former girlfriend and Interpol agent Amelia Roussel (Elodie Yung) is not exactly giving him a choice. There are no shortage of threats coming for the pair, as Kincaid is the only thing standing between Dukovich and his return to power. And, as such, he is unleashing all his loyalists on the pair. Bryce and Kincaid are not to be underestimated, however. In fact, Roussel says it best, “The only way Bryce and Kincaid don’t make it to The Hague, is if they kill each other first.”

As I mentioned earlier, The Hitman’s Bodyguard is one of the best movies I‘ve seen this summer. To be more specific, I would rate it number two behind the Fate of the Furious, and trust me this film is a very close second. I had been looking forward to seeing this film since it was announced. I thought, ‘Samuel L. Jackson and Ryan Reynolds in a comedy together…that is guaranteed to be good.’ What I failed to anticipate was how much I would enjoy it. It goes without saying that the chemistry between the two leads is phenomenal. It has been my experience that both SLJ and Reynolds generally usually play the same smart aleck character over and over. That is definitely the case here, but it never gets olds watching the two one-up the other with smart-ass and sarcastic quips. You’ve got to respect people that embrace their niche.

The characters are not one-dimensional either; the film explores some depth whether it be a question of morality or how life can destroy even the best laid plans. An exploration into Kincaid’s backstory makes it very clear that he is more than just a killer. In fact, despite his profession, he is actually the more likeable character of the two. Bryce is no slouch, but his obsession with how far he has fallen and his finger pointing gives Kincaid the edge. Though Jackson and Reynolds are the obvious standouts, Oldman shows just how ruthless he can be as a the dictator Dukhovich. Salma Hayek shows that behind every elite killer, is an even more dangerous woman as Kincaid’s wife, Sonia. Even from inside a Dutch prison, she has the guards and her cellmate intimidated.

The story unfolds in a wildly entertaining manner, allowing for moments of real sincerity, such as the revelation of Kincaid’s backstory. It is an important segment for determining what motivates the character, other than an understandable love for his wife. There is also an intriguing philosophical debate that is raised throughout the movie: Is it better to be well prepared or lucky? On top of that, Kincaid poses an interesting question (the way only SLJ can) that might make you take an alternative perspective toward his profession: Who is more righteous, the man that kills evil mother*$&%ers, or protect them?

I absolutely recommend going to see The Hitman’s Bodyguard. I actually plan on going to see it again this weekend. It is designated for mature audiences that never get tired of hearing Samuel L. Jackson drop the f-bomb. You have to admit that no one does it better than SLJ!

Jeremy Butler is a film school graduate of the International Academy of Design and Technology. He is been writing for Upcomingdiscs since 2012; however, movies have played a big part of his life for much longer. Favorite genres include horror, science fiction/fantasy, and comedy. Favorite movies are V for Vendetta, Boondocks Saints, Kiss Kiss Bang Bang, and The Godfather.
Snatched (UHD Blu-ray) (4K) Chuck (Blu-ray)