Posted in: Dare to Play the Game, News and Opinions by Michael Durr on January 2nd, 2008 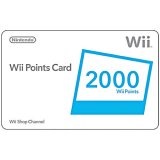 Smack the Wii, Scalp Half-Life, and XBox Live Broken Down – Welcome to the column that realizes that the gaming newsworld is a vacant wasteland during the holidays but trudges on anyway known as Dare to Play the Game.

Welcome to another edition of Dare to Play the Game. The girlfriend and I are trudging on through Marvel Ultimate Alliance, we finished the Atlantis stage. Saved Prince Namor, beat Kraken and thankful I don’t have to touch another water stage. I really don’t like them. Perhaps it’s all of the “authentic” water-like sounds. Like gurgling. I also received my copy of the Xbox 360 Arcade Compilation disc that was packaged inside the 360 Arcade machine. Ebay is a wonderful thing. I quickly became addicted to Pac-Man Championship Edition. I usually suck at Pac-Man, well actually I still do. But for some reason, I’m just a little better or feel like I am when it comes to this version. I completed the Championship Mode fairly easily and almost beat Extra Mode #2 (3 seconds left, I’m not kidding) but the rest of the modes I’m usually a couple of minutes off from beating them (10 minute timer). I’ve gotten half of the achievements and it’s listed as an easy game on Achievement sites. I think the reason behind that though is so many people in their younger days threw bucket after bucket of tokens into the game or Ms. Pac-Man. However, I did not. I spent my time playing Dig Dug, Pole Position, Mappy & Galaga. So as to my meh Pac-Man scores, I hope to improve. If not, I’ll still own you all in Mappy!

Many readers have let us know over the weekend that, yes, Xbox Live is experiencing difficulties. For some, anyways. For others it’s straight-up not working, which at this time of year (ie everyone’s at home gaming) is not exactly helpful. Microsoft’s Larry Hryb’s cap is very much in hand:


You may have noticed that the LIVE service has been having a few issues over the past few days. This includes things like signing in, matchmaking and account recovery. Not everyone has had problems, but I know some of you have and I wanted to give you and update. While the service was never completely offline, problems like this are not acceptable. The entire LIVE team has been working day and night to ensure that you can have a great LIVE experience. While we’re not done yet, I wanted to let you know that things are getting better each hour and that no one on the team is going anywhere until the job is done. Thanks for your patience.

I also noticed this during the days before New Year’s. Basically what it was doing was signing you on and off randomly depending on where you were going. Play a XBLA game, *turns off*, and then once you are done or switch menus, it logs back in. Then sometimes it would take forever to log in or not even log in at all. Kinda frustrating, especially when it changes all of the XBLA games into demos when you aren’t logged in. Which is something Microsoft really needs to put some thought into changing. I know the idea is to thwart piracy since without it, you could simply copy an arcade game to your memory card and put it in a friend’s machine. However, there has to be other ways we can enjoy those games off-line. Cause there will be times when Live goes down and there will be times when Kedrix will be most unhappy and start to plan bricks through a certain Microsoft employee’s window.

I am a man who enjoys Half-Life 2. I am also a man who enjoys Spaghetti Westerns. To cap it all off, I am a man (perhaps the only man) who enjoyed Lucasart’s Outlaws. So you can see, this project sets my heart aflutter. It’s called Fistful of Frags, and is a multiplayer mod for Half-Life 2. Sure, it may not look like much, but Sergio Leone fans should note (in case, you know, it’s not obvious by both the map’s and mod’s name) that one of the maps is an attempt at a faithful recreation of Fistful of Dollars’ El Paso. Including the bank. A beta build’s just been released, you can grab it at the link below.

Speaking of Sergio Leone, I saw the 2-disc SE of Once Upon a Time in the West in the Wal-Mart dump bin the other day. Came pretty close to buying it before realizing about the only Western I actually own is Tombstone. But again, I bring up a Half-Life 2 mod. What is it going to take to bring these mods in some form or fashion to Xbox 360 fans. The first multiplayer map pack for Halo 3 is out, Half-Life/Orange Box needs to fall in-line as well. But they need to be creative about it, anybody can come out with a different map. Half-Life needs to add some of these mods that spring up. Make Half-Life into a Spaghetti Western. Trade that crowbar in for a hatchet. The ideas are endless, and so can be the experience.

Wired’s GeekDad teamed up with the blog-free GeekMom to get their equally blog-free GeekChildren a Wii this Christmas. But once they set things and started playing one of the remotes went all funky.


GeekDad, living up to his name, tried to fix the remote himself. He put in new batteries, tried re-syncing all of the remotes, tried resetting the remotes. None of that worked, so he called Nintendo’s call support. After checking out the Wii Sensor the friendly Nintendo lady went into Angry-Dad-With-A-Broken-TV mode:


Friendly Nintendo Help Desk Lady: “Okay – I want you to take the remote, button side down and smack it into the palm of your hand two or three times.”


Friendly Nintendo Help Desk Lady: “No sir, do it hard enough that I can hear it across the phone line but not hard enough to damage the remote”


The thing is, it worked. See, this just shows you that if all else fails try violence.

Cause technical support just needs to give out practical advice sometimes. I’ve kept old CRT Televisions running with the same exact method. Sometimes you have to wind up and slam the tv but you get your message across. There was a time when this worked very well for controllers too but for the most part this had gone away by the PS1/2 days when the controller would just look funny at you and then you had to go spend $19.95 at your local gamestop or wal-mart. Nice to see that the smacking your controller days are here again. Speaking of controllers, the 360 controller is one sturdy sucker; I can’t tell you how many times that gets tested in regular “recreational use”. Yes I am “quoting” a lot this week, “deal with it” :). 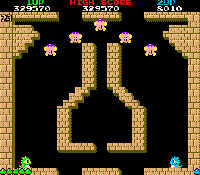 One of the best Taito games ever. Right up there with Elevator Action as far as I’m concerned. The characters were Bub and Bob and they were dragons who could blow a bubble. Perhaps it was a bubble of gum or a bubble of dish soap but it encased enemies so you could pop them. One hundred rounds are included and even then you might not get the true ending. Sounds like a scam to me. But no scam is needed to tell you that this one boasts great gameplay and simply contains something that is just not found very much these days. A lot of simple fun. 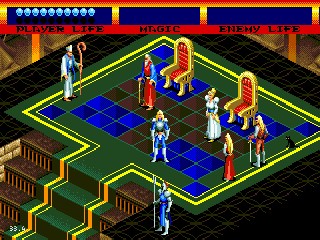 A very odd RPG that personally I have not seen until this release. It reminds me of Landstalker with its top down view and everything just has this diagonal view. I think Solstice also shared this style. Supposedly, a lot of European role playing games were made like this. But the story is mostly generic. The knight Sir David is investigating the disappearing town folk of Green Row. He has some wits and a sword and needs to vanquish the evil taking place. Did Sir David ever think that the citizens are just fed up and decided after the last twenty games saved their princess; they decided to seek another place of refuge. Something to think about. 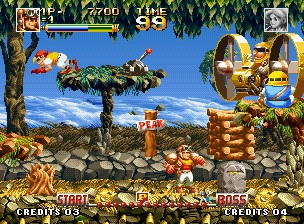 I can certainly say one thing about the VC, if I had a Wii and the VC; I would be trying a slew of Neo Geo games. This is another one that might require a look or two. Take on either Roddy or Cathy, bounty hunters who are fighting the evil space pirates. If they can vanquish Captain Klapton, they will beat the game. Okay, Captain Klapton is probably one of the worst bad-guy names I have ever heard. But the fun thing about this game is its Bionic Commando feel, complete with retractable arms. These could be used to grab enemies and other objects so that you could throw them at other enemies. Kinda of a Kirby feel I reckon as well. The game also had a three dimensional feel where you could switch planes at will. All three games might be worth a look this week but this might be the sleeper of the bunch.

New Years like many was spent laid back at home. The girlfriend and me made it to midnight and went promptly to bed. This week I spent a lot of time playing All Pro Football 2k8 for 360. A review to capitalize on the pending playoffs will occur today sometime. After that, I will be reviewing another PS2 title. Neo Geo Battle Coliseum. My girlfriend went extremely out of her way without me saying a word to her to get it for me. She’s a very special creature and is the first female in a long long time I’ve been with to actually understand me and like my quirks because she actually shares a lot of them. While I go off and play All Pro Football for example, she goes off and plays WoW. If I go off and play Guild Wars, then she’s playing Bomberman or Carcassonne. Then we meet together and watch a movie, the food network, the gameshow network or play Marvel: Ultimate Alliance. It is a harmony that can’t be described but works so well. I finally feel old enough where I can appreciate what I’m given. I certainly appreciate my Sarah. Take care kiddoes and have a happy new year.

Michael Durr has been reviewing movies for the better part of fifteen years now. He primarily enjoys thrillers, sci-fi, animation and even a little courtroom drama. His favorite films include Escape from New York, the Goonies and anything with Alyssa Milano. When he’s not praising Kurt Russell as the greatest actor of our time or scratching his head over a David Lynch flick, he’s spending time at home in Texas with his lovely wife, Lori and his amazing son. How they put up with him is a mystery, but even Basil Rathbone doesn’t have the time to solve that one.
I Know Who Killed Me All Pro Football 2k8 (Xbox 360)