Posted in: Disc Reviews by Michael Durr on July 4th, 2009

Everwood was a fairly long running show that started in 2002 and continued until 2006 for a total of eighty-nine episodes. It ran on the WB and was a casualty of the WB/UPN merger into the CW Television Network. Years later it has shown up on ABC Family and around the globe gaining fans here and there. It’s a serious drama that involves the medical practice of Dr. Andy Brown (played by Treat Williams). Set in the fictional town of Everwood, Colorado (in reality it was a few towns located in Utah), we find ourselves figuring out how a death can alter the lives of everybody in the town and how they struggle to cope.

Colin Hart (played by Mike Erwin) has died to due to a very difficult medical procedure on his brain. The procedure was performed by Dr. Andy Brown and as a result the whole town shuns Andy and his practice. Amy Abbott (played by Emily VanCamp) who was Colin’s girlfriend turns her back on the good doctor and lapses into a deep depression. As a result of the aftermath, Andy’s children also face scrutiny. Ephram (played Gregory Smith) finds his good friend Amy turning away from him and Delia (played Vivien Cardone) is shunned by her click of young friends and not being invited to slumber parties.

However, as life slowly returns to normal, things start to unfold. Ephram decides that he doesn’t want to go to college and wants to join a performing arts school. Amy finds herself involved with a drug dealer and the other residing doctor in the town, Dr Harold Abbott (played by Tom Amandes) just wants to sell bagels. But perhaps the biggest sub-story is how Andy Brown finds love again (his wife had passed away many years ago) with Harold’s sister: Dr. Linda Abbott (played by Marcia Cross). But is it meant to be and can Andy’s practice stay afloat? These questions and oh so many more are answered in the next twenty-two episodes of Everwood

There are a lot of things that go on in the little town. The odd part is that 80% of it seems to depressing, sad and things that make a ritual suicide seem happy. Let’s check out the events, we got a kid who died from brain surgery, we got a teenager who falls into a deep depression and starts taking drugs as a result. Meanwhile, we get a lady who contracts HIV from another patient, a case of meningitis, coal miners in peril and underage sex. Don’t forget blindness and even more brain surgery to round out the season. No wonder Dr. Harold Abbott wants to open a bagel shop.

I mean cream cheese and some good bread sounds like a much better solution than mixing vodka and drugs but perhaps people in Everwood just find different ways to deal with their depression. I’m really trying to find a point in the show where things can actually be described as happy. There isn’t much to be happy about and we spend more time wondering why people just don’t start trying to kill themselves. Oh wait, that happens in Season 4. On a somewhat uplifting moment, there are some really good and truthful acting here, my particular favorite was the couple of Edna and Irv Harper (played by Debra Mooney and John Beasley).

The video is presented in 1.78:1 anamorphic widescreen. I found the print to be rather soft and not exactly springing with color. It’s okay, but it certainly doesn’t leap off the print. I think my judgment may be clouded by the subject matter of the material but the quaint surrounds of Everwood, Colorado don’t even really feel like they are there except for the occasional long shot.

The audio is presented in English 2.0 Dolby Digital Stereo. It’s pretty dull and par for the course with most television shows. Dialog is fairly clear and unfortunately the music is rather generic (because as I understand it, they couldn’t the rights to some songs). There are no effects here to speak of, just really dull and depressing 45 minute episodes. Subtitles are provided in English and French.

The show actually did achieve some popularity and even got nominated for a couple of Emmies. Any show that deals with harsh subjects and tough tales is sure to turn a few heads. I’ve just always came from the school of thought that television or movies should be there for us to escape. But if the escape is a show that does nothing but depress you then I never want to visit the town of Everwood, Colorado. The video is decent and the audio is okay. The extras in this set contain a whole lot of unaired scenes which should delight the fans that this show has. Fans of the show will want to pick this one up and they probably already have. If you missed the first season on DVD, you might try catching the show on ABC Family before you spend some money on the DVDs. Just be sure to put away the pills, leave any sharp objects tucked away in a drawer and keep your hands firmly on the Kleenex box. Recommended only for fans of the show. 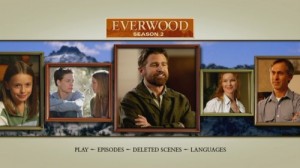 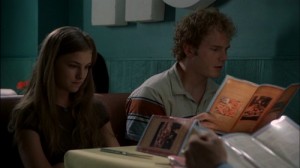 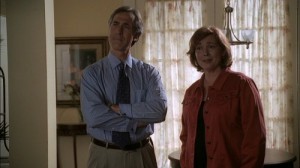 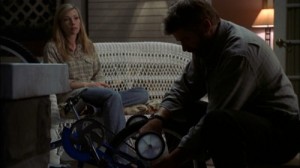 Disc 6
Your Future Awaits
The Day Is Done

Michael Durr has been reviewing movies for the better part of fifteen years now. He primarily enjoys thrillers, sci-fi, animation and even a little courtroom drama. His favorite films include Escape from New York, the Goonies and anything with Alyssa Milano. When he’s not praising Kurt Russell as the greatest actor of our time or scratching his head over a David Lynch flick, he’s spending time at home in Texas with his lovely wife, Lori and his amazing son. How they put up with him is a mystery, but even Basil Rathbone doesn’t have the time to solve that one.
Alice Never Ate Anything Like This Secret Diary of a Call Girl – Season 2