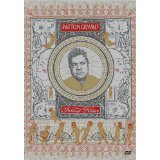 For over twenty years Patton Oswalt has been working the comedy stand-up circuit, and with his fourth full length album being released on DVD he shows no signs of stopping.  Over the years I’ve found myself becoming a fan of Oswalt’s work.  Most fans may know him from King of Queens and as the voice of Remy in the Pixar film Ratatouille.

Though his tour was under the title Finest Hour, I don’t believe this to be his best act, but it is still filled with its fair share of laughs.  With bits covering the super powers Jesus has, gay stereotypes in romantic comedies, and man’s greatest creation being sweat pants, the hour long special covers a lot of territory with not too many low points.  For me this act, though amusing, just didn’t have the belly laughs I expected considering after all I have watched and rewatched his acts before and knew what to expect.

Personally my favorite point of the act revolved around the idea that the only thing sadder than a child growing up to be a stripper is a child becoming a standup comedian.  I’m not here to tell you the punch line of the story, but once you hear his perspective the man does make a valid point and may change the way you look at pole dancers down the road.  Oswalt’s story about his last night in New York and walking his dog also has a nice bit of class and was a great way to finish his routine.

What I find refreshing about Oswalt is that when you watch him perform he has a confidence in his material as well as his audience, and with this confidence his bits never seems forced, but as though he is simply recalling an amusing story.  It’s this ease that shows how skilled a performer Oswalt has become.

For those that are fans of Oswalt and his previous acts, you may be happy to know that also on the DVD there is a bonus encore where Oswalt revisits his famous KFC bowl bit. It’s a shame this wasn’t simply part of the full act, because this bonus is great, especially if you are familiar with the bit.  For those that are reading this and have no clue what I’m talking about, go on YouTube and check the bit out; seriously, do it now I’ll be here waiting till you get back….Okay, you’re back.  Wasn’t that great?  In this bonus segment you get to find out how KFC felt about his comments, and it is well worth checking out.

Brent Lorentson is a horror writer and film critic based out of Tampa, Florida. With a BA in Digital Film, he co-wrote and co-directed Scavenger Hunt. His short stories have appeared in various horror anthologies. In 2019 his short script Fertile Blood will be a part of the anthology horror film Slumber Party. He is currently working on his first novel A Dark and Secret Place set to be released in late 2019. Favorite Films: Taxi Driver, Fight Club, I Saw the Devil, The Wild Bunch, Dawn of the Dead, A Clockwork Orange, Pulp Fiction, Heathers, The Monster Squad, and High Fidelity.
Cinema Verite (Blu-ray) Top Shot-Complete Season 3