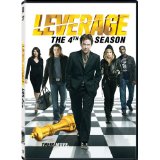 The series centers on Nathan Ford (Hutton), an ex-insurance investigator. His life was turned around when the very insurance company he recovered millions for turned down his child for treatment to keep her alive. He quits his lucrative job and forms a team to help people who are backed against the wall by large corporations. Cases include: a soldier looking to get medical care, a family ripped off by a mob boss, a company that has allowed dangerous chemicals to harm children, and a real estate mogul trying to take a church away from its congregation.

“Because they’re citizens. Because they’re honest, middle-class citizens. These are the people who don’t want to cause any trouble; they can’t afford a lawyer, so some judge sends them away, well, yes sir. They were taught to trust the courts. They believe in the system.”

The stories are kind of a cross between the Oceans films and Mission Impossible. They get their mission and use an elaborate series of cons and covert operations to bring down their target. It also brings back the old days of The Rockford Files, when “Jimmy Meeker” would drag out his ten-gallon hat and 20-gallon charm and take the bad guys for all they’ve got. The show is even referenced in this season. At times the team utilizes high-tech equipment, while at others it’s as simple as telling a few well-placed lies. In every case, the team works more for the satisfaction of helping out the little guy. It’s Robin Hood and his Merry Men.

At the end of each episode you get to see the big how-did-they-do-it reveals in flashback. I would rather see it while it was going on. At least it would be nice to be given enough information to figure it out. Unfortunately, sometimes the reveal is totally out of nowhere. Usually the team ends up missing out on the original plans and relies heavily on plan B.

Other than Nathan Ford, the band is made up of some pretty solid and colorful characters:

Eliot Spencer (Christian Kane): He’s the retrieval specialist and a bit of a wise guy. He’s played by former Angel star Christian Kane and is somewhat of a Brad Pitt look-alike to further connect the show to the Oceans films.

Parker (Beth Riesgraf): Security Circumventer. She’s the one who gets all that exploitable information on the big bad company.

Sophie Devereaux (Gina Bellman): She’s a not-so-gifted aspiring actress. She might be horrible on film, but when she gets into a character for a con, she’s dead on.

The third season had a thread that ran with the team being blackmailed and many of the stories worked together. I’m happy to report that this season finds the standalone episodes back. There is a mysterious character standing in the wings trying to get the team to work for him, but it doesn’t really figure in most episodes. The character does end up making for a dynamic two-part season finale that has the team over matched and calling in for help. It also signals the return of Tom Skerritt as Nate’s con-man father. The season’s first episode finds them on top of a mountain. We also get Danny Glover in a wonderful guest spot.

Extras include deleted scenes and commentary tracks for all of the episodes. There are a few amusing brief pieces, and you get all of the season’s episodes on four discs.  The fifth season is already underway, so we know we can expect “a few more rounds of Leverage”.

Gino Sassani is a member of the Southeastern Film Critic's Association (SEFCA). He is a film and television critic based in Tampa, Florida. He's also the Senior Editor here at Upcomingdiscs. Gino started reviewing films in the early 1990's as a segment of his local television show Focus. He's an award-winning recording artist for Omega Records. Gino is currently working on his 8th album Merchants & Mercenaries. Gino took over Upcomingdiscs Dec 1, 2008. He works out of a home theater he calls The Reel World. Favorite films: The Godfather, The Godfather Part II, The Body Snatcher (Val Lewton film with Karloff and Lugosi, not the pod people film), Unforgiven, Gladiator, The Lion King, Jaws, Son Of Frankenstein, The Good, The Bad And The Ugly, and Monsters, Inc.
Heaven Strewn (Blu-ray) The Three Stooges (Blu-ray)