Whenever the 31 Nights of Terror rolls around, I find myself trying to be a little creative or come up with something different. Now, at first glance, a few top five lists does not scream any sort of real creativity. However, these are not your conventional list five movies and have intellectual conversation where everybody just ends up disagreeing. Oh no, I guarantee you will smile, laugh or at least be encouraged to write my webmaster and demand that I go back to my old job of stalking Alyssa Milano at baseball games. Now that’s really creepy. Let’s go shall we?

(By the way, this is satire. If you are offended, there is always the 4E Awards tomorrow which are done with honor, dignity and respect. But what do I say to that? Neener, neener gooblie goo!) 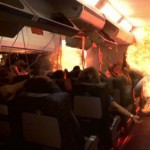 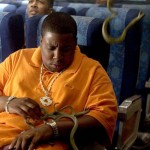 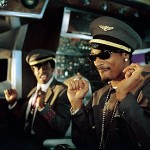 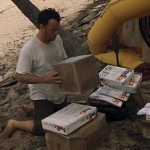 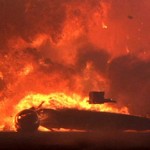 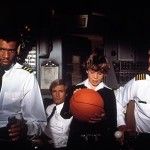 The Top Five Scariest Movies to Watch While Seated on a Plane
Honorable Mention: Final Destination – Seriously, all anybody has to do is watch the first ten minutes and people will be demanding to get off the plane.

Number 5: Snakes on a Plane – I really hate flying to begin with and then you throw in the fact that deadly snakes want to bite my face off? Yeah, I know one thing for sure, I am going nowhere near the plane bathroom EVER AGAIN.

Number 4: Soul Plane – If Snoop Dogg is your Captain, then I hate to be the one to break this to you, but the plane won’t be the only thing going up in smoke. Oh wait, I got another one, you won’t be flying high after going on this airline. I kill me.

Number 3: Cast Away – Now I understand why I never get my Fed Ex packages on time. But seriously, I believe this movie was initially scripted as a horror movie. “Wilson” wasn’t always a cute face on a soccer ball, it was originally the grizzly leather face of one of the dead people on board the plane. It was then placed over a soccer ball. Tom Hanks is a very scary man.

Number 2: Die Hard 2 – It really does not have to be a plane. Chances are if I am anywhere around and John McClain shows up, I better learn how to walk on glass, know I am climbing through some tight place and kiss my Christmas goodbye. Maybe John should just celebrate Kwanza instead.

Number 1: Airplane – This movie is the reason that children are no longer allowed in the cockpit. All of the people who end up piloting this plane are completely inept. Otto the auto-pilot is probably the only one that makes sense to actually fly the craft. Except he never actually stays inflated long enough. 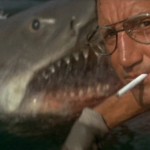 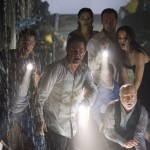 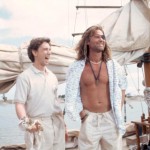 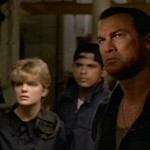 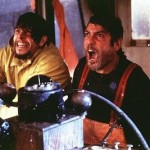 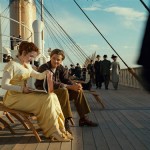 The Top Five Scariest Movies to Watch While Aboard a Boat
Honorable Mention: Jaws – The original reason not to get on a boat. However, one has to wonder that once you hear the song of impending doom, why you aren’t getting the heck back on land in a hurry.

Number 5: Poseidon – Now, I could go the classic 1972 route. But the remake with Kurt Russell is much more fun and includes perhaps some of the most realistic scenes involving a flooding ship. For one, I could think that anybody could survive this catastrophe as long as they remember that Fergie can be used as a floatation device.

Number 4: Captain Ron – Another Kurt Russell classic. Captain Ron has been through a shark attack, rehab and even went to Dollywood. No wonder he uses an eye patch.

Number 3: Under Siege – I hate to inform you of this but if you see Steven Seagal and don’t have a giant rack and willing to jump out of a birthday cake in a skimpy sailor outfit, you have zero chance of making it out alive.

Number 2: Perfect Storm – Between Mark Wahlberg’s off again, on again facial hair, his dis-apearing, reappearing hats and being soaked with water while everybody else is completely dry, we have to wonder if a storm is the least of our worries.

Number 1: Titanic – Now we could go into the bloody obvious of a ship hitting an iceberg and thousands of people dieing but that’s too easy. Instead, if I see Leo and Kate sharing a tender moment one more time, I would probably consider throwing myself overboard. I’ll never understand why critics gush over this movie. Give me a giant budget, James Cameron sized special effects and replace the actors with twenty supermodels and scripts in something besides valley speak and loose morals and I’ll show you a horror movie worth seeing.

Saving the best for last, my wife contributed the following top 5:
Nom’s House of Gross Noms 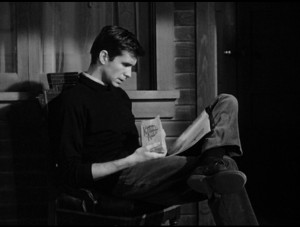 Honorable Mention: Psycho: Mother! Oh God, Mother! The tea! The tea! *pops another few candy corn in her mouth* This is what you get for not letting me play with the pretty ladies! I have NEEDS! Like what, you say? I don’t know… more room in the swamp? 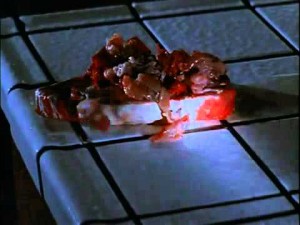 Number 5: Poltergeist: I remember this one well. My mother, who I give MASS credit for my earlier horror movie knowledge (Who let me watch Stephen King’s IT when I was 5!), loved this movie. Classic right? Until your steak grows legs and the chicken gets some added protein. 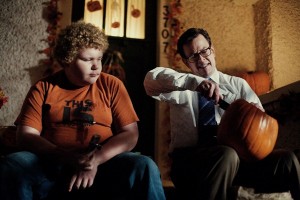 Number 4: Trick R Treat: Awww just one piece?! But no one is here… How about two? Surely, I could take a few extra… Perhaps the whole bowl? Mmmmm chocolate. Oh… I don’t feel so hot… What kind of candy bar was th.. 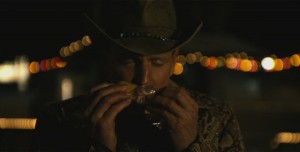 Number 3: Zombieland: I know when the zombie apocalypse happens (Oh yes, I said WHEN) I am going to stock up on a few things. You know, gasoline, ammunition, a grinding stone to sharpen my axe, and that tasty little cream filled treat… Damnit, I am talking about Twinkies! 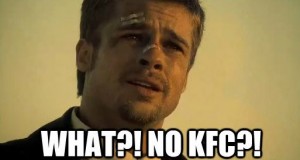 Number 2: Se7en: WHAT’S IN THE BOX?!?! What? No KFC?! Oh! It’s a huge bowl of spaghetti! Oh how I love spaghetti! Just not enough to explode myself with it. Now alfredo on the other hand… 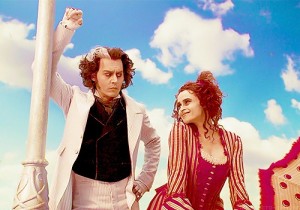 Number 1: Sweeney Todd – The Demon Barber of Fleet Street: Mmmmm meat pies. My mom used to make some delicious meat pies when I was a kid. There was just something… about them. Hey Mom, where did the babysitter go? And why is Dad dressed in that odd suit and singing?

Both me and the misses hope you have enjoyed this tale of top horrifying fives. Stay tuned tomorrow for the grand 4E Awards. Enjoy your Halloween, we know we do. Take care.

Michael Durr has been reviewing movies for the better part of fifteen years now. He primarily enjoys thrillers, sci-fi, animation and even a little courtroom drama. His favorite films include Escape from New York, the Goonies and anything with Alyssa Milano. When he’s not praising Kurt Russell as the greatest actor of our time or scratching his head over a David Lynch flick, he’s spending time at home in Texas with his lovely wife, Lori and his amazing son. How they put up with him is a mystery, but even Basil Rathbone doesn’t have the time to solve that one.
“31 Nights Of Terror” Contest: Win XCOM: Enemy Unknown From 2K Games Gabe the Cupid Dog