Posted in: The Reel World by Gino Sassani on November 16th, 2012 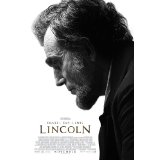 “Four score and seven years ago our fathers brought forth on this continent a new nation, conceived in liberty, and dedicated to the proposition that all men are created equal. Now we are engaged in a great civil war, testing whether that nation, or any nation, so conceived and so dedicated, can long endure. We are met on a great battlefield of that war. We have come to dedicate a portion of that field, as a final resting place for those who here gave their lives that that nation might live. It is altogether fitting and proper that we should do this…”

These were strong words, and the man who spoke them was certainly a dominant figure in American history. He’s been portrayed hundreds of times on film and television. Rarely have any of these efforts been able to capture the true essence of a great man. You can’t blame the actors or the production teams. There are those tasks which some say just can’t be done. Lincoln heard those arguments himself. I’m sure that Steven Spielberg must have been haunted by the same thoughts when he set out to do Lincoln. Fortunately, he found another remarkable man who was up to the task. If Daniel Day-Lewis does not get the Oscar for his performance as Abraham Lincoln, then I propose the Academy close its doors forever. We might well believe that all men are created equal. It’s a true enough axiom. That doesn’t mean that all men possess equal ability in all things. Just two hours with Daniel Day-Lewis and you’ll find the point well illustrated.

Lincoln is not really a biographic film about the 16th president. The film does not begin in childhood. The film is the story of the 13th Amendment to the United States Constitution. It’s not even the story of the amendment’s ratification to become a part of that Constitution. It’s about the years-long fight in the House of Representatives to pass the amendment thereby presenting it to the states for ratification. To say there was fierce opposition would be an understatement. Democrats were almost unanimous in their hatred for any legislation that would free and ultimately give rights to the enslaved black population of the South. On the other hand House Republicans were equally as fierce in their attempt to get the amendment passed. Lincoln’s number one ally in the House was Representative Thaddeus Stevens, played here by Tommy Lee Jones. The film lines up the fighters on each side and focuses almost entirely on that legislative battle. You could almost call it The West Wing 1865.

I’ve already told you how good Day-Lewis is here. He brings Lincoln to life in a way I’ve never encountered before. The real coup is how easy he makes it look. He doesn’t attempt to reproduce grand gestures. He wears the President’s skin as if it were perfectly natural. The best acting is where you never really see the acting. Obviously Day-Lewis did not graduate from the William Shatner School of Acting. It didn’t take long before I believed I was actually watching Lincoln. He captured his charm and the terrible weight the man carried. As solid as Day-Lewis is here, he’s not alone. Tommy Lee Jones is also quite wonderful as Stevens. I did have one problem with his performance. At one point Stevens refers to another character as Ace. It’s a common Tommy Lee Jones term, but it was totally inappropriate here. It’s the only time I found myself taken out of the environment. Sally Field is not exceptional as Mary Todd Lincoln, but she holds her own. I get the impression she was not completely playing a women in a time when her voice was not considered equal to a man’s. Mary’s insanity is only briefly brushed upon, and she comes across as being the least sincere of the performances.

In many ways this film is far from spectacular. The Tony Kushner script is uneven to say the least. There are serious issues of time that can be quite distracting. You never know exactly how much time is passing. Moments of short duration in history take up huge blocks of film time, while other longer moments are rushed through in the blink of an eye. The end of the Civil War looks as if Lee rode up to the Courthouse and tipped his hat and left. I actually had someone ask me why they didn’t talk at the surrender. Lincoln’s death happens at warp speed. However, one of the film’s cleverest moments comes when you first learn of Lincoln’s assassination. I can’t reveal it without spoiling the effect, but it was wickedly clever. The script takes great care with the personal relationships but is rather lacking in detail at other moments. Fortunately, if you look at this more of a character study, you’ll find you’ll get the most viewing satisfaction out of the piece.

Finally, I have to give Spielberg some credit here for going against his own natural inclination. The director knows how to wow an audience with outstanding visuals. He knows how to call attention to a camera. He resisted that inclination here. He allowed the visuals to complement an immersive atmosphere and never steal the attention away from the performances. Yes, there is an elaborate costume and set design to be enjoyed here, but it fits at every point. He’s learned to be subtle, and subtle reverberates quite loudly in this movie.

History buffs will always find things to complain about. I’m happy that they got more right than they did wrong. It is the first time I’ve seen the Emancipation Proclamation represented as the war material act that it actually was and not a blanket freedom of slaves. Congratulations for getting that right. I know history teachers everywhere were smiling at least there.

Gino Sassani is a member of the Southeastern Film Critic's Association (SEFCA). He is a film and television critic based in Tampa, Florida. He's also the Senior Editor here at Upcomingdiscs. Gino started reviewing films in the early 1990's as a segment of his local television show Focus. He's an award-winning recording artist for Omega Records. Gino is currently working on his 8th album Merchants & Mercenaries. Gino took over Upcomingdiscs Dec 1, 2008. He works out of a home theater he calls The Reel World. Favorite films: The Godfather, The Godfather Part II, The Body Snatcher (Val Lewton film with Karloff and Lugosi, not the pod people film), Unforgiven, Gladiator, The Lion King, Jaws, Son Of Frankenstein, The Good, The Bad And The Ugly, and Monsters, Inc.
Friends: The Complete Series (Blu-ray) The Love You Save