Posted in: No Huddle by Brent Lorentson on September 9th, 2013 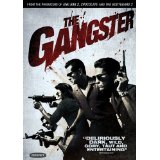 Knowing very little about Thailand’s gangster history, I jumped into The Gangster with no expectations and was left breathless by the time the final credits rolled.  With the energy and violence on display here, I can’t help but feel this is the intensity Scorsese intended in his underwhelming film Gangs of New York; there he had over a hundred million and the street fights, though they had epic buildups, seemed to just fall flat.  The Gangster, on the other hand, is on a micro-budget by comparison and delivers street fights that hurt, that leave scars and stay with you.  Though both films tell separate origins of gangs, I can’t help but feel there is some unspoken cinematic bond between the two.

From the start we meet Jod (Krisada Sukosol Clapp) who is young and eager to make a name for himself.  He’s nothing more than a street thug but wants more than anything to be part of one of the organized gangs.  From the film’s one-on-one knife fighting sequence at the start of the film, I knew I was watching something special.  The brutality of this scene sets the stage for the violence that is to come, and there is plenty of it.

At first things are a little hard to follow considering there are numerous bosses in charge of numerous gangs, and even the bosses seem to have to answer to someone else.  It feels cluttered, but I feel this difficulty to understand who’s really in charge and who leads who was intentional, because they had not yet reached a status of real organized crime yet.  With so many men clawing at the top, loyalty is hard to come by, and everyone is willing to do what it takes to take out whoever is in their way.  But for the story’s sake we see Jod’s rise as he sticks with Boss Lor.  Boss Lor may not be the flashiest of gangsters to American standards, but the man knows how to be cool in just about every situation thrown at him.  This is especially noticed by two local teens, Piak and Tong, who hang out at a local theater, who aspire to be just as “cool” as Jod and Boss Lor.  What I can’t help but dig is how these gangsters choose to imitate American icons Elvis and James Dean.  Maybe I’m crazy, but I dig seeing these gangsters dressed in this style rather than flashy suits.

The scene that makes Jod such a threat is also the scene that seems to awaken Jod’s morals.  His intentions are simply to eliminate a gang member they call the Molotov Cocktail, but instead he accidentally kills an innocent woman, and for this he gets locked up.  Behind bars he has a breakdown and is haunted by his innocent victim, and from this moment he vows to never kill again.  But we know this will not be the case.

While Jod is locked away, the military is called to action to break up the Triads and other gangs running amuck in Bangkok.  This military intrusion disrupts everything, and many call this time the end of the Rock n’ Roll gangster.

As much as this is a story about Jod climbing up the ladder and becoming a powerful gangster force, it is also about the two friends Piak and Tong who do eventually become involved with the gang lifestyle as well and have to face the consequences of their choices.  It’s easier to somewhat like these criminals; after all, this is a time before the gangs were about running drugs but instead ran protection rackets and whorehouses.  Not to imply these are good guys or anything, but they were at least a more respectable group than the gangs that exist today.

As the military gets more involved with taking down the gangster infrastructure, the gangs begin to distrust one another more, realizing there is a mole in the group.  The military captain seems like a good man with the best intentions but has no understanding what he is really up against.  As tensions rise between the gangs and the military investigation when things finally come to a head, the bloodshed is epic.

Intercut with the action are interviews with people who were apparently around during this time and were witnesses to the events that unfold in the film.  I’m not sure about how accurate these interviews are, but the extra insight the people offer I thought was a nice touch to add.

There are so many things going on here that I love.  But the driving force is Krisada Sukosol Clapp; his performance is so mesmerizing it reminded me of an younger Harvey Keitel when he was doing Mean Streets and Bad Lieutenant.  This performance is so good and he has so much charisma, I can’t wait to see what this guy will do next.  The direction of Kongkiat Khomsiri is solid, leaving no slow points and keeping the intensity ramped for most of the film; what he started in his breakout film Chaiya he has taken to the next level here.  For those who are looking for a fun gangster film that doesn’t flinch or hold back the violence, The Gangster is an offer hard to refuse.

Brent Lorentson is a horror writer and film critic based out of Tampa, Florida. With a BA in Digital Film, he co-wrote and co-directed Scavenger Hunt. His short stories have appeared in various horror anthologies. In 2019 his short script Fertile Blood will be a part of the anthology horror film Slumber Party. He is currently working on his first novel A Dark and Secret Place set to be released in late 2019. Favorite Films: Taxi Driver, Fight Club, I Saw the Devil, The Wild Bunch, Dawn of the Dead, A Clockwork Orange, Pulp Fiction, Heathers, The Monster Squad, and High Fidelity.
Riddick Portnoy/Sheehan/MacAlpine/Sherinian: Live in Tokyo (Blu-ray)