And Then There Was You

Posted in: No Huddle by Jeremy Butler on February 14th, 2014 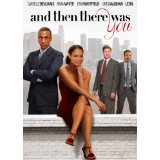 It is never an easy thing to have to pick up the pieces to a former life that was believed perfect, especially when you are completely blindsided by that life’s destruction. That is the circumstance that both leads Garcelle Beauvais and Brian White find themselves in And Then There Was You. The film features a couple of familiar faces including Leon, Lynn Whitfield, as well as Greg Vaughn, who I haven’t seen since his short stint on Charmed.

Natalie Gilbert (Garcelle Beauvais) and Joshua Gilbert (Leon) have always appeared to be a picture perfect couple: gorgeous house with manicured lawn, financially secure, and the two simply just looked good together; to everyone around them as well as Natalie they just seemed to have it together, or at least that’s how they appeared. So as you may imagine, it came as quite a shock for Natalie when she arrived home one day to find Joshua packing his belongings into a U-Haul, dropping the bomb on her that during the last five years of their eleven year marriage that he has not been faithful, not only straying but actually having a family with kids on the side. Natalie is devastated by the knowledge that he is leaving her to be with his true family (in his words), the icing on the cake being that he also cleaned out their bank account, leaving her with nothing. (If you listen closely you may be able to make out of the chorus of women’s outrage all over the world).

Heartbroken and penniless, the only possession Natalie has left is the house, which could provide her the means to get back on her feet; however, it too requires a bit of work if she is to make any kind of profit. Enter Darrell Brent (Brian White), handyman extraordinaire, who like Natalie has the rug of his marriage pulled from under him, walking in on his wife with another man. The attraction is instant, and romance is not only a must but a guarantee; the problem comes from the baggage of the past: Both individuals have felt the pain of betrayal, not to mention that both their significant others aren’t completely out of the picture, so with bringing so much into a budding romance, can the two ever really get off the ground?

The concept of a wronged woman falling for a person in her employ is not very original, but this instance of the concept actually turned out to be quite interesting; perhaps it was the idea of two people stuck in a bad circumstance having the opportunity to find some measure of happiness (what can I say, I’m a bit of a romantic). The premise and the overall development of the story managed to engross me despite my initial reservations. Most prominent is the situation in which we find White’s character: trapped in a loveless marriage with a person who is unworthy of both your time and loyalty. Beauvais’ circumstance is bad too and the main focus of the project, but it was White’s situation that I most identified with.

The cast all delivered average to above average performances, the two most significant being Leon and Whitfield. It isn’t hard to believe that these two would have the most standout performances given that both have racked up considerable experience portraying less savory characters. It would appear that they both have found their niche, because these two — let’s just say that it didn’t require much effort to hate them, especially Whitfield.

I had my doubts about Beauvais’ capacity to lead in the beginning, as her performance did not really resonate until her and Leon’s breakup scene, but the sequence that followed immediately afterwards is where she established herself and quelled all my doubts. With White, on the other hand, I resonated with his character from the very beginning and remained with him throughout the film’s duration.

Jeremy Butler is a film school graduate of the International Academy of Design and Technology. He is been writing for Upcomingdiscs since 2012; however, movies have played a big part of his life for much longer. Favorite genres include horror, science fiction/fantasy, and comedy. Favorite movies are V for Vendetta, Boondocks Saints, Kiss Kiss Bang Bang, and The Godfather.
About Last Night (2014) The Reverend