Posted in: No Huddle by Jeremy Butler on February 24th, 2014 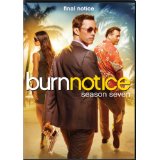 “My name is Michael Westen. I used to be a spy…”

How fitting that this single statement be both the introduction and conclusion of a momentous series. If you can’t tell, I’ve been a fan of the show since the very first episode, but it’s actually much more than that. I’ve been a fan of Jeffrey Donovan since his first USA network Touching Evil. More to the point, in my opinion Burn Notice was the series that made it possible for the flurry of original programming that came after it. Perhaps I give the show too much credit. Maybe the shows that followed it would have each have become a breakout in their own right; however, the one thing that cannot be taken away from Burn Notice is that during its entire seven-year run, it remained one of the highest rated primetime shows the network has ever had.

A brief recap: Last season saw Michael and loyal compatriots on the run from the very organization that used to employ him. After his perhaps ill-fated decision to execute Tom Card (John McGinley, Scrubs) for his part in the death of Michael’s brother Nate (Seth Petersen), Michael is ducking CIA number one watchdog (Sonja Sohn, The Wire); her ruthless tactics and Michael running out of options resulted in a stalemate which included his and his loved ones’ capture; the only way to protect those he loved was to agree to one final job, an act Fiona (Gabrielle Anwar) is not so forgiving of.

Now that we are all caught up, when we catch up with Michael he is living poorly in the Dominican Republic, neck deep in his deep-cover operation. His friends and family have not heard from him in almost a year and have begun to move on with their lives, especially Fiona, who is in a new relationship and trying to leave all thoughts of her former life with the burned spy behind. Before long, Michael gets approached by Burke (Adrian Pasdar, Heroes) a man he served with. Michael’s superiors task him with getting close to Burke, who now runs his own terrorist network. It takes some doing, but Michael eventually gets in with the group (like he always does) and moves up the ranks fast.

However, the deeper he goes within the group, cut off from his friends and family, the farther the line becomes, to the point that Michael isn’t sure what side is the right side. Also though he does his best to keep those he loves out of it, they quickly become tangled in the conspiracy when Michael’s deteriorating state becomes clear.

Ever fall in love with a show from its first episode and feel like you could just watch it indefinitely? This is my show; from the very beginning I have been a fan and found myself always anxiously awaiting next week’s episode. Burn Notice was a show that was well-scripted and filed with cliffhangers, and the final season is no exception to that, as almost every episode left me questioning what would come next; luckily I didn’t have to wait.

In recent years, I must admit I suspected that the show was beginning to lose some momentum; the back end of last season was the least interesting I’ve seen. That said, whatever momentum was lost was regained with a vengeance for the final season, as this season I was introduced to a Michael Westen that I hadn’t seen before. He appeared very much out of element, unsure of himself, lost, and without the love of his life; this was a very intriguing and rewarding change-up. Donovan reached new highs with this performance this year; he displayed range by making the normally confident and in-control character now hanging on by a thread. The two episodes that best display this are Psychological Warfare and one of the final scenes of Things Unseen where Michael explodes, listing all he has lost.

Another thing a great show needs is a stellar conclusion; the audience needs proper closure so that there isn’t any unanswered question. Does Burn Notice deliver such a conclusion? In a word, yes. The final episode entitled Reckoning was the culmination of all the other seasons’ hard work; it was both exciting and uplifting as we saw the loss of a beloved character before the credits rolled. Though the final episode left no unanswered questions, there is still one fan who will always yearn for more.

Jeremy Butler is a film school graduate of the International Academy of Design and Technology. He is been writing for Upcomingdiscs since 2012; however, movies have played a big part of his life for much longer. Favorite genres include horror, science fiction/fantasy, and comedy. Favorite movies are V for Vendetta, Boondocks Saints, Kiss Kiss Bang Bang, and The Godfather.
The Invoking Thor: The Dark World (Blu-ray)