Posted in: The Reel World by Archive Authors on November 7th, 2014 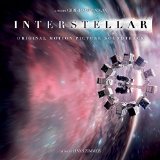 Most movies are just not very good. Lots of money goes into turning out boring repetitive garbage. You watch it and then dispose of it and make room for the next thing. There are some who do more, but the more you do, the greater the risk. Most filmmakers are not given the freedom to take really big risks, but someone who has been given the opportunity to take the big risk is Christopher Nolan. Interstellar is $165,000,000 gamble shooting for the moon.  Actually Nolan is shooting for something way past the moon. He wants to take us to another galaxy. There is so much speculative science in this film that it is mind-boggling. The cutting edge of real science is, frankly, getting crazier and crazier. The average person really has no idea how crazy, but Interstellar is going to try to show us just how crazy. The true nature of some of the elements of the theory of relativity and other related theories is that they defy all logic.

Earth is in great peril at the end of the 21st century due to massive dust bowls and an unidentified blight. The only chance is to start over somewhere else off the surface of our planet. Most people don’t realize how bad things are, but Cooper (Matthew McConaughey) is a former astronaut who is recruited by a secretly reformed NASA. He doesn’t want to leave on what may be a very long journey into the unknown, but his young daughter is devastated. I don’t want to reveal too much of the plot, but I will say it takes nearly three hours for all the plot points to be revealed. It might be helpful to know that  Nolan’s goal was to deal with many of the same themes as 2001: A Space Odyssey but expand on them in light of new knowledge. It is suggested that some aliens have powers we can’t even imagine. It is suggested you can walk down a corridor of time and visit any point at will. Alice has fallen down the rabbit hole and through the looking glass where anything is possible.