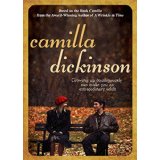 Our story follows Camilla, a young girl living with her family and going to school in Manhattan during the year 1948. Her family is very wealthy and wants for little, but they are experiencing a difficult time in their life right now. Camilla’s mother is having an affair with a French man due to her husband being distant and supposedly uncaring. While going through this difficult time, Camilla is caught in the middle and unsure of what to do. Should she say something to her father or be faithful to her mother? Her friend Louisa tries to help her through this troubling time, but Louisa has troubles of her own. Louisa’s parents constantly fight, leaving Louisa and her older brother, Frank, to pick up the pieces of the parents’ failing relationship. One day when Louisa is nowhere to be found, Camilla runs into Frank, and the two take off together before Frank’s parents can begin to fight again. A relationship starts to bloom, and Camilla is uneasy about what will become of her new relationship, her friend Louisa, and her parents’ marriage.

So this story is a bit long-winded, but it is a nice story all the same. If the creators shortened the story up a bit, I would have probably been somewhat entertained instead of bored to tears. It’s not that I hate period pieces or romances. I have liked movies from both genres; it is that the movie was too long-winded with not a lot to tell.  The story is your basic “young girl is having trouble at home, falls in love with a bad boy, goes off to do something at the end.” The movie could have taken a cue from The Perks of Being a Wall Flower, Juno, Say Anything, or even Pitch Perfect on how this synopsis could have been tightened up and brought to the audience more successfully; for example, I could have done without the awkward sex conversation leading up to a “friend fight.” This scene was not only unnecessary, it also felt forced and out of place. I could have done without the conversations about God, which also felt forced and out of place. I could have done without the conversation where we found out that Louisa’s family is experiencing trouble; instead, I could have just seen the parents get into a fight, and that is all I would have needed to get the hint. This movie has a lot of unnecessary fluff and awkward placements that were expendable that carried the movie way past the runtime it should have had. This could have been so much better if more sacrifices were made.

The way this was shot was somehow worse than how long-winded it was. The look of this film just threw me off to the point where I had to keep reminding myself that this was trying to depict 1948. I don’t need to be beat over the head with reminders, just subtleties to help me along. The only real reminders I had throughout the film were the clothing and architecture of the buildings, both of which kept making me think this was shot in 1920 or 1950. Some more classic cars, a newspaper with a significant headline in the background, or really anything else that would remind of the time this period piece is taking place in.

The acting tried to save the rest of the movie; it failed at times, but it sure did try. Carry Elwes played the undertone father very well in this, especially given my familiar history with his more boisterous characters in The Princess Bride and Robin Hood: Men in Tights. Samantha Mathis almost stole the entire show while playing the mother. When she scolds her daughter, or has that look of somber guilt on her face, I empathize with her in a way that makes it feel like I’m dealing with a family member of my own. Colby Minifie played the friend well enough. She gave me exactly what I wanted, which was a character who I could imagine being a teenager in that time. She may have laid it on a bit thick during some scenes, like when she started the awkwardly-placed sex talk with Camilla, but it was a completely fair performance still. The main actress, Adelaide Clemens, is where the acting fumbled the most. At first I thought she was doing a great job at portraying a girl with repressed feelings, but as the movie carried on I began to realize that was her only gear: neutral. When she was supposed to portray moments of emotion it felt stiff and scripted, and unless she was also playing a sociopath, it should have felt lighter.

If you have two hours to spend, I could think of worse ways to spend it, but given that a movie’s main purpose is to entertain, I wouldn’t suggest this. If you are a die-hard fan of teen romance movies, then I guess you could do worse, but not by much.