I Am Dale Earnhardt

Posted in: No Huddle by Archive Authors on September 10th, 2015 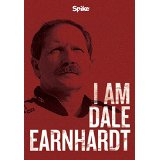 Ralph Dale Earnhardt (Dale Earnhardt Sr.) died at age 49 on February 18, 2001. The accident took place in the final lap of a thrilling race in which Dale Sr. was helping his teammates Dale Jr. and Michael Waltrip (the brother of one of his biggest rivals and the announcer of the race, Darrell Waltrip). What was remarkable about the accident is that it was unspectacular. Dale Sr. had been in many horrible crashes in which the car flew and flipped many times and he walked away. Not this time. He got tapped and glided quietly on the bumper of another race car. He was taken away by ambulance and was pronounced dead on arrival of a basilar skull fracture. His teammates, Michael Waltrip (who had never won a race) and Dale Earnhardt Jr., finished in first and second place respectively. Dale Earnhardt Sr. was “The Intimidator” and “Darth Vader” throughout the 1980’s and 90’s because of his relentless focus and desire to win when he was behind the wheel. He was frequently hated but would win back love and respect from his fellow competitors with his gruff good nature off the track. It was remarkable to see a notorious tough guy and black hat seem so laid back 99% of the time. He was beloved by NASCAR fans not just because of his winning ways but because of his believable country ways. When he wasn’t driving he was farming, fishing and hunting. Dale Sr. won 76 Winston Cup races and seven NASCAR Winston Cup Championships. Dale Jr. is in the middle of a great career himself, but I won’t be talking about him in this article. I will mention his father, Ralph, because Dale Sr. spent a lifetime living in the shadow of man he modeled his life after. Ralph was a born mechanic and natural racer, himself. Ralph died of a heart attack at 45. Dale said, “Everything I ever did was to make my daddy proud”.

I Am Dale Earnhardt is part of a series of documentaries from Spike television. I will admit I always heard the name, but I wasn’t a racing fan. I just recently learned the difference between Formula 1 and NASCAR. (They are two different worlds, and I’ll leave it at that.)

Dale was the ultimate competitor who would never let anyone one-up him without a fight. He was a guy who caused lots of wrecks but also smoothed people out afterwards with brotherhood and respect. Michael Rooker who played Rowdy Burns in Days of Thunder is one of many interviews in the documentary. Burns was clearly modeled on Earnhardt.

The documentary is concise and comprehensive, but there are DVD extras including extended footage of key races.

It is clear that Dale never let up throughout his entire career. He was hungry to the end, shooting for an unprecedented Eight Championships. The injuries and potential possibility of death never deterred him. He probably expected to die behind the wheel. In the end, he was a hero and villain and an undisputed legend. I’ve come to appreciate the perseverance, tenacity and courage to compete in this world, and I’m glad I got a chance to know the man behind the legend.

The Vampire Diaries: Season 6 (Blu-ray) When Calls The Heart: Heart And Home