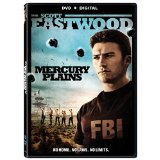 There is so much to enjoy when it comes to Mercury Plains. It is the first time I have seen Scott Eastwood in a starring role, Nick Chinlund provides a brilliant performance as the philosophical Captain, and each of the characters are engaging. To be clear, Scott Eastwood is the main character of the film, but his comrades have very interesting character arcs that make them unique. In fact, I think that is what I enjoyed the most from this film: the details that are not spoken directly to the audience. There are so many instances where the details in the character arcs (even Eastwood’s) are so minute, you could very well miss them.

Mercury Plains tells the story of Mitch (Eastwood), a young man who has just been released from a prison in southern Texas. Rather than begin working for his family, he finds himself confronted with a lucrative “opportunity” after a night spent drinking across the border in Mexico. A man known as the Captain (Chinlund) is prepared to offer Mitch five thousand dollars to join his crew of mercenaries, taking out the drug cartels before police have a chance to. Soon, Mitch realizes this crew is comprised of troubled teenagers, housed in a military-like camp. As the Captain begins to send the young men on new missions, Mitch realizes his objectives are becoming more dangerous, and more criminal.

Watching Eastwood perform on screen, you cannot help but think of his father. He bears such a striking resemblance to the young Clint from the 60’s and 70’s, and to be quite frank, I’d argue that he took some acting cues from his dad’s earlier roles. Much like Clint’s drifter-type character from the well-known Spaghetti Westerns, Scott does not do a lot of talking in this film. Of course this is attributed to how his character is actually written, but other characters comment on the fact that he “isn’t much of a talker”. I like to think that this character trait is a subtle wink to fans of Eastwood from writer and director Charles Burmeister. However, there is a very obvious homage to Clint when the characters get to choose their own weapon: Little Eastwood, of course, ends up with a gigantic revolver. As silly as this sounds, every nod to Clint Eastwood’s earlier films works very well in Mercury Plains, simply because Scott takes care to not be his dad.

Quite possibly my favorite portion of the film is the final showdown between Mitch and the Captain. At this point, Mitch has made off with quite a bit of the Captain’s cash, and is now on the lam. The Captain hunts Mitch down and begins to preach his personal philosophy of what enemies and war mean to his character. All the while, the dehydrated and exhausted Mitch hides and waits for the right moment to attack. Moments prior to this scene, however, Mitch nurses his burns and blisters with a few of the bills he stole by dipping them in water and placing them on his skin. This creates a really interesting juxtaposition between the Captain’s philosophies on the necessities of war. For example, it brings a necessary wealth. Mitch’s act of treating his burns with wet money now takes on a more complex meaning: war brings money (via the Captain’s philosophy), but money can literally only provide a temporary relief (via Mitch’s bandages). The Captain makes many more philosophical statements, but I encourage you to go watch them yourself.

Overall, the film is wonderful. It did feel a little lengthy at times, but the drama is well worth the time spent. There are a few character arcs I intentionally left out so that I do not spoil their intricacies. If by chance my encouragement prompts you to watch this film, pay special attention to a character named Paul. Though he is a minor player in the story, his transformation is certainly the most interesting and the most horrifying. There are a few really cool scenes of cinematography involving water reflections and silhouettes, but outside of that, there wasn’t much else. While I do love it when the “wow factor” of the visuals is at its maximum, the originality of the story is what makes this film a must-see.