Posted in: No Huddle by Archive Authors on January 8th, 2016 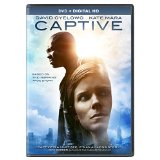 The quote above imparts a spiritual message which I will get back to. First, I want to talk about one of the stars of this movie, David Oyelowo (pronounced “oh-yeh-lo-wo”). Oyelowo is best known for playing Martin Luther King in the film Selma. Oyelowo had previously racked up an impressive number of supporting roles in high-profile films like Jack Reacher, Interstellar, The Butler, The Paperboy, Lincoln, Rise of the Planet of the Apes, The Help, A Raisin in the Sun, and A Most Violent Year. In a short amount of time he has demonstrated that he is one of the most skilled actors working today. He will get more and more starring roles in the future, and like many up-and-coming stars like Chiwetel Ejiofor, Saoirse Ronan, and Mia Wasikowska, he has a name that can be a challenge to pronounce. His co-star, Kate Mara (The Martian, The Fantastic Four), is also on a run of high-profile projects. She has a sister, Rooney, who is also a fast-rising star (nominated for this year’s Golden Globes for Carol). I mention this because the caliber of actor is usually a good sign of the quality of the project. There is another factor here. This film is technically what is considered a faith-based project, and many of those types of films are not highly regarded because they are almost looked upon as propaganda. Captive seems that it is a notch above the more predictable fare in that genre. Captive tries to transcend the niche market of the genre and become something more real and substantive.

Captive is based on a true story of escaped murderer Brian Nichols. Nichols went on a killing spree, escaping from the Fulton County courthouse in Atlanta on March 11, 2005. Nichols was on trial for rape, for which he maintained his complete innocence. He eventually held a young single mother hostage who had been struggling through rehab for methamphetamine. Nichols had been a college football player who became involved with a woman from the church he attended. Clearly, his life went horribly out of control. Ashley Smith (Mara) has been given the book A Purpose Driven Life by Rick Warren at a group counseling session. This book becomes an important part of the story.

Two other major cast members are Michael Kenneth Williams (The Wire, Boardwalk Empire) as the lead detective on the manhunt ,and Mimi Rodgers (Austin Powers, Lost in Space) as a supportive aunt.

The story is simple and direct. The tragic events play out and are brought to a somewhat unexpected conclusion.

There are two extras, featurettes about the making of the film and about the book The Purpose Driven Life. At the end credits we see Oprah and the author Rick Warren with the real life Ashley Smith. Oprah loves the inspirational story. Rick Warren’s book obviously touched many lives and has sold over 30 million copies. The book is read by Smith to Nichols during their time together in the apartment where she was held captive.

The story is brutal, tragic, and sad, but with elements of redemption, salvation, and renewal. This is a story Oprah and all of us can get behind. And it will probably sell a few more copies of the book The Purpose Driven Life.