Posted in: The Reel World by Archive Authors on January 8th, 2016 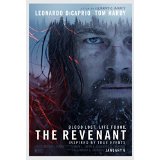 America was once a primitive expanse where only very small groups of hardy hopefuls ever tried to venture across. It was a vast and endless wilderness that was mostly a mystery. This was the land of roving Indian tribes and undiscovered species of animals. This was a land of all kinds of danger. Life was one long hunt and endless battle against every kind of predator and natural enemy. There are so many remarkable moments in The Revenant that I will start with the bear attack. It is an unbelievably harrowing event that cannot be described in words that will in any way convey what you see on the screen. That one sequence alone is worth the price of admission. The story is based on a true life pioneer and fur trapper, Hugh Glass, who Leonardo DiCaprio plays in the film. The bear attack that is central to the film is believed to have occurred to the real Hugh Glass. It is not just the bear attack that is brutal and shocking, but the ordeal of the entire film. It is unlikely that any film you have ever seen about early America has so completely depicted the relentless savagery of survival. The events that surround Glass are the stuff of legend in which various embellishments and conjectures were made over the years, muddying whatever truth might be found.

Director Alejandro González Iñárritu (Birdman) immersed himself in the story and fashioned his own version of events. This story is about endurance taken to the limits of the imagination. It should be noted that the film has become legendary itself with tales of abuse of the actors and crew. It is widely acknowledged that DiCaprio might have endured the greatest hardships personally and willingly, including sleeping in a dead bear carcass. The film is over two and a half hours of hardy men in the wilderness, which then focuses on Glass surviving alone with massive wounds and broken limbs. The film becomes a revenge film that outstrips the intensity of all previous revenge films. It probably takes that intensity to extremes that most people cannot even endure watching. This is aided by the amazing and singular cinematography of Iñárritu’s long-time collaborator, Emmanuel Lubezki. It is entirely possible that Lubezki will win his third straight Oscar following Birdman and Gravity. The depiction of every sequence which includes numerous battle scenes is unlike any other. It has a flowing handheld immediacy while rivaling the look of the most ravishing IMAX presentations. Many long, protracted fights are depicted in long orchestrated takes. The cinematography alone distinguishes the film, but that is only one element of the collaboration that Iñárritu achieved. It is widely believed that DiCaprio will finally get his Oscar for this. He deserves it. I don’t know how he is as a person. I hear he is something of a party boy, but when he works, he has few rivals in going to any lengths and enduring any hardships to achieve the ultimate. At times he shows almost too much range.

I’m not saying The Revenant is for everyone, but whatever Iñárritu or DiCaprio had to go through, the results are up on the screen. Iñárritu apparently went considerably over budget because he refused to compromise. If you want to know the truth of early America and the art of survival, The Revenant is probably the most revealing film ever made.