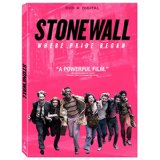 1969 was a very eventful year for the United States of America. While I will not name all of the events that transpired over that year, I will remind you of two of the most recognized: In July, Apollo 11 lands on the moon, and in August, Woodstock takes place in upstate New York. However, the events that take place in Stonewall are not as publicized as the space race or the culminating concert of the hippie movement. In fact, I had never heard of the Stonewall riots until my final year of college. To those who are not familiar with the riots, allow me to set the scene: During the early hours of a Saturday morning in late June, an unexpected police raid befalls Stonewall Inn. The club is a popular nightspot for homosexuals in New York’s Greenwich Village, but due to the lack of homosexual rights during this time, is constantly under close watch from the police due to its patrons’ illicit activities. The aforementioned night in June was the final straw for many young men, who began to vandalize the property upon being kicked out.

Like many other dramatizations, Stonewall maintains important characters while building entertaining drama around them. The narrative brings focus to Danny (Jeremy Irvine), a boy from Kansas who has moved to New York in an effort escape the strict upbringing of his parents. Once in the city, he begins to associate with two people who have taken different approaches to fighting for gay rights in New York City. The first is Ray (Johnny Beauchamp), a flamboyant young man who takes to working the streets to support himself. The other is Trevor (Jonathan Rhys Meyers), a refined young man who believes the best way to eliminate the issue is through politics. As Danny builds relationships within the homosexual community of Greenwich Village, he quickly becomes acquainted with the shady owner of Stonewall, Ed Murphy (Ron Perlman) and his tumultuous relationship with the police, lead by Deputy Seymour Pine (Matt Craven).

As far as I know, only Ed Murphy and Deputy Pine are the characters that are not rooted in fiction. However, they are rather minor characters when it comes to the actual narrative. Real people could have inspired the main characters, Danny, Ray, and Trevor, but there is an awful lot of fabricated drama attached to them. While this drama does keep you engaged, the film’s biggest issue is the blending of fact and fiction. Aside from the aforementioned “true” characters, there are great deals of informative facts that are either spoken in the dialog or discovered through setting. Now, I would have preferred to have a more seamless marriage of fact and fiction, yes. However, every dramatization I have ever watched (whether it’s a biopic, war-time epic, etc.) always seems to leave out/alter quite a few facts for the sake of time or entertainment. That’s why I am completely surprised to see that this film is generally not well received.

It is possible that the film is being rated poorly due to the fact that the renowned Roland Emmerich sits in the director’s chair. Emmerich is primarily known for his blockbuster giants, such as Independence Day, Godzilla, The Day After Tomorrow, 2012, and The Patriot, among many others. I must say that, for the majority of the film, it was rather difficult to tell that this was made by the same mind that brought us those action-packed blockbuster films. For the most part, Stonewall is a very refined, patient drama. However, Emmerich’s directorial signatures do bleed through if you know where to look for them. The relationship between Danny and his sister creates a familial component found in a lot of Emmerich’s films, as well as the final riot scene taking cues from the intensity of The Patriot and Godzilla alike.

Quite possibly the biggest clue to discovering this film was directed by Emmerich is the film’s length. I am of the opinion that even his best films are overlong. At two hours and ten minutes with the uneven ratio of fact to fiction, I can see where this movie can be a little tiresome. Nevertheless, the film opens the idea of the Stonewall riots to a newer audience, and it does a great job of answering just enough questions so that you may be encouraged to research the ordeal at your leisure. Whether you choose to look up the factual events after watching the film or not, the film is an entertaining ride with pretty great acting. It was an interesting step away from Emmerich’s chaotic, family-based action film, and I hope to see him create a better-blended biographical drama in his future works.