Posted in: No Huddle by Archive Authors on January 28th, 2016 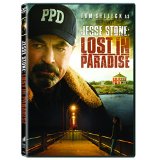 There have been nine Jesse Stone movies starring Tom Selleck. They come from a series of books written by Robert B. Parker. Parker is also famous for the Spencer For Hire series, which was a television show starring Robert Urich from 1985 to 1988. Parker also created a popular Sunny Randall series that was originally meant as a vehicle for Helen Hunt. Many modern writers such as Harlan Coben, Robert Crais and Dennis Lehane credit Parker for revitalizing and reinventing the detective genre. It has been a tried and true genre for over a hundred years. It is a beloved formula. The Hallmark Channel has been behind this series of movies with Selleck, who has had a career resurgence with the CBS series Blue Bloods. He is well remembered for the Magnum P.I. show that ran from 1980 to 1988. Just to bring you up to date on the Jesse Stone movies which started airing in 2005, here are some of the titles in case you want to get the whole collection. The movies are all in chronological order: Stone Cold, Night Passage, Death In Paradise, Sea Change, Thin Ice, No Remorse, Innocents Lost, Benefit Of The Doubt, and Lost In Paradise. Another one is on the way in 2016. Selleck has become increasingly involved with the writing of the movies as well. Recurring characters from previous movies that show up in Jesse Stone: Lost In Paradise are Thelma Gleffey (Gloria Reuben), Gino Fish (William Sadler), Dr. Dix (William Sadler), Officer Luther “Suitcase” Simpson (Kohl Sudduth), Sister Mary John (Kerri Smith), and Lt. Sydney Greenstreet (Leslie Hope). (By the way, anyone who has seen The Maltese Falcon will get a chuckle out of the name Sidney Greenstreet.) The last time a Jesse Stone movie was broadcast on CBS was back in 2013 with Benefit of The Doubt and garnered over 13 million viewers. That was back in the good old days but was shifted over to Hallmark because it attracted too many older viewers. I can see why, because Jesse Stone is an unapologetic dinosaur who carries a flip phone and doesn’t respond to texts even if it’s an emergency.

Stone is based out of a town called Paradise, Massachusetts but heads down to Boston to pick up some cold cases from Lt. Greenstreet, because he needs to keep busy. Stone is doing his best to keep off the booze and has nothing but work to keep his mind off things. He also winds up helping a teenage truant girl whose mother is also an alcoholic. The main case this time is trying to find the murder of a prostitute. Stone visits Richard Steele (Luke Perry), who is in prison for the murder of three prostitutes. Steele believes prostitutes are a poison in society and has proudly confessed to the three murders. He specifically says he did not murder this new woman despite a similar M.O. (Modus Operandi). Strangely, this new murder is the wife of a wealthy man.

I have given you all enough information to see this film if you want to. I love hard-boiled detective movies, and I can recommend this. It follows the well-worn formula fairly well. If you are already a fan of Jesse Stone, what are you waiting for? Get out your credit card and go get it.