Posted in: Podcasts by Gino Sassani on April 2nd, 2016 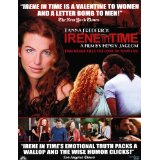 She might very well be the hardest working actress I’ve ever had the pleasure of speaking to. One thing is for certain. Tanna Frederick has been a lucky charm for director/writer Henry Jaglom for several films now. I got a chance to see her in Ovation, which takes us back stage and inside show business. It’s a natural place for Tanna, because she’s got this love-affair thing going for the stage. It all game out in our friendly conversation. Bang it here to listen in on my chat with Tanna Frederick. 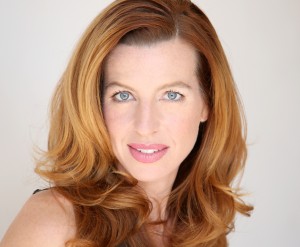 Gino Sassani is a member of the Southeastern Film Critic's Association (SEFCA). He is a film and television critic based in Tampa, Florida. He's also the Senior Editor here at Upcomingdiscs. Gino started reviewing films in the early 1990's as a segment of his local television show Focus. He's an award-winning recording artist for Omega Records. Gino is currently working on his 8th album Merchants & Mercenaries. Gino took over Upcomingdiscs Dec 1, 2008. He works out of a home theater he calls The Reel World. Favorite films: The Godfather, The Godfather Part II, The Body Snatcher (Val Lewton film with Karloff and Lugosi, not the pod people film), Unforgiven, Gladiator, The Lion King, Jaws, Son Of Frankenstein, The Good, The Bad And The Ugly, and Monsters, Inc.
Demolition The Royals: Season 2