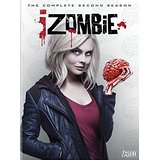 For years I’ve been hearing about how “hot” vampires were on television and in the movies. It all appeared to start with Buffy the Vampire Slayer, but it actually goes back a lot longer ago. Zombies, on the other hand, were the sole property of feature films, usually extreme low-budget affairs. AMC’s The Walking Dead has changed all of that. Suddenly zombies are very hot and populating one of the highest rated shows on television. Add a spin-off, and the domination continues. It wasn’t going to take long for someone else to join the field. Enter iZombie, and we’re off and running.

iZombie isn’t really anything like The Walking Dead. Yes, both are taken from comic book source material. But if you’re looking for the gore-fest and dark drama found on AMC, you might be a little disappointed. If you’re looking for a fresh approach to a rotting corpse, iZombie will provide that and some.

The show’s opening credits deliver a quick introduction to how it all happened, in case you’ve missed the first season. Liv Moore (McIver) is a promising medical resident looking forward to a life in cardiology. Not much of a party girl, she lets herself be talked into going to a boat party. She picked the wrong place to start. The party turns into a zombie massacre, and she’s scratched by one Blaine DeBeers (Anders) and wakes up in a body bag on the shore of the lake. She’s been turned into a zombie. Jump ahead, and Liv has changed her life to accommodate her new unlife. She’s traded in her hospital gig for a job at the medical examiner’s office where she can access a supply of brains without hurting anyone. She’s dumped her fiancée Major Lilywhite (Buckley) for fear of turning him into a zombie if they should exchange body fluids. She passes off her new pale look and white hair as a fashion statement and attempts to carry on. That is until she’s caught eating brains by her boss, Ravi (Kohli), who has already suspected her condition. He agrees to allow her to stay, and she’s going to let him use her to work on a cure. It’s a pretty good arrangement, but eating brains has something of a side effect. When a zombie eats someone’s brains, they take on their abilities, personality traits and memories which come in flashes. Helping out struggling Detective Clive Babineaux (Goodwin), she ends up helping to solve murders with her gifts, which she passes off as psychic abilities to hide her condition from Clive. Still, this isn’t the place to start if you haven’t caught up.

Every good story needs a villain, or this would merely fall into the police procedural with a twist. David Anders has filled that slot rather brilliantly for years. Fans of Alias and Heroes know that all too well. The truth is he doesn’t even appear to have aged in the 20 years since Alias. Maybe… No, that can’t be right. He plays Blaine, the zombie who turned Liv. As the 2nd season opens Blaine has been given one of only two cures made by Ravi. That doesn’t even slow him down. As a human he opens up a funeral home and gets his brains to sell that way. He’s also running one heck of a Utopian drug operation out of the business. This is going to put him in direct competition with Seattle’s drug kingpin Mr. Boss, played Eddie Jemison. He’s quite a calm but quirky character. Now iZombie has two really cool bad guys.

Much of the season will deal with the war between Blaine and Mr. Boss. Blaine’s working with the returned Peyton Charles (Michalka), who has been hired to bring down the Utopian trade. Her return puts her back in the mix as Liv’s best friend and not so much for Ravi. Blaine’s got himself an immunity deal in order to help bring down Mr. Boss, which will eliminate his only rival. But this war will get bloody. And it doesn’t help that Blaine will get back to his zombie form and then human again, but without his memory. It’s a pretty cool acting opportunity for Anders, who gets to play different versions of Blaine, and one might even have a conscience… or not.

Major also gets a very involved story arc this season. He’s cured as well, but under the threat of the temporary nature of the cure and then certain death. While it’s up to Ravi to find a better cure, Major will have his own troubles. It turns out the cure makes you a zombie detector. Steven Weber’s Vaughn character (OK, make that three real cool bad guys) blackmails Major into tracking down a list of 300 suspected zombies and killing the one who prove to be walking dead. If not, Vaughn’s going to do it himself…starting with Liv. To complicate matters, Vaughn’s daughter is posing as Liv’s roommate while having a bit of a romp in the hay with Major. Of course, Major has a solution that’s going to backfire on him. He’s also getting notoriety as the press picks up on the disappearances and labels him a serial killer.

The show doesn’t feature much in the way of blood or gore. It’s actually more tame than a good episode of Criminal Minds. The brains look pretty clean and don’t have any gory details. This is not about exploding heads or hanging-out guts. The zombies are pretty normal-looking except for coloration, that is unless they go full zombie mode. Once in a while Liv’s eyes will turn red and her face will get vein-covered. She’ll get great strength, and it only happens if she gets upset. Let’s just say you wouldn’t like her when she’s angry. But that’s going to change in the season finale. The show enters real zombie apocalypse territory in a rather explosive climax at the Max Ranger facility. While this isn’t the normal tone of the show you had to have secretly been hoping this kind of episode was coming. We’re talking military take-over and pretty much a big change for the way season three is going to work. You can’t go back to the way things were after this. And if that’s not enough, how about getting to see Rob Thomas getting eaten? Not the creator of the show Rob Thomas, but the singer. Of course, you never do see them in a room at the same time… hmmm.

The best thing about this show isn’t any of the f/x or murders. It’s the acting of Rose McIver. She’s worth the price of admission. The actress has a wide range, and she gets to use it all here. Each brain means a slightly different personality. This season her brains come from such sources as a stripper, porn writer, country & western singer/songwriter, amateur costumed superhero, compulsive gambler, and actor in a television series called Zombie High. But McIver does more than demonstrate a few personality tics. She works wonders with both subtle and overt facial expressions. She’s literally a genius when it comes to those slight little things that completely sell a scene. It could be a lecherous leer when looking at one victim’s mistress bending over a table. It could be a hint of sadness. Whatever it is she’s doing, it makes the show work. This could fall quickly into camp if she didn’t treat it so seriously.

You get all 19 episodes on four discs. I really wish Warner Brothers wouldn’t try to fit five episodes on each DVD. The image presentation suffers, and we really have some nice stuff here that I would rather see in high definition. If not, give me at least the best DVD image you can. There are deleted scenes and a half-hour Comic-Con panel for extras. The end of the season really changes things. It would have been nice to get an idea how they plan to resolve so many last-minute issues in the season finale. “Where’s the magic in that?”

Gino Sassani is a member of the Southeastern Film Critic's Association (SEFCA). He is a film and television critic based in Tampa, Florida. He's also the Senior Editor here at Upcomingdiscs. Gino started reviewing films in the early 1990's as a segment of his local television show Focus. He's an award-winning recording artist for Omega Records. Gino is currently working on his 8th album Merchants & Mercenaries. Gino took over Upcomingdiscs Dec 1, 2008. He works out of a home theater he calls The Reel World. Favorite films: The Godfather, The Godfather Part II, The Body Snatcher (Val Lewton film with Karloff and Lugosi, not the pod people film), Unforgiven, Gladiator, The Lion King, Jaws, Son Of Frankenstein, The Good, The Bad And The Ugly, and Monsters, Inc.
The Bible Stories: Jacob Everybody Wants Some (Blu-ray)