Posted in: The Reel World by Brent Lorentson on October 1st, 2016 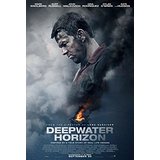 It really doesn’t seem so long ago that all the major news networks were showing footage of the destroyed oil rig in the Gulf of Mexico that was pumping out gallons upon gallons of oil into the ocean.  The BP oil rig disaster was all we could talk about in April of 2010, and all of us at home were left wondering if they’d ever plug up that hole and stop the leakage of oil that would go on to destroy hundreds of miles of beach coast property as well as cause long-lasting effects on the fishing industry.  Everyone was looking for someone to blame, and plenty of it went to BP.  While this made for engaging news for a while, it never seemed like a story that Hollywood would want to invest in and make a film about. Now it’s 2016, and Deepwater Horizon is a big-budget blockbuster about to hit the big screen with some of Hollywood’s heavy hitters.  With Peter Berg (Friday Night Lights, Lone Survivor) at the helm as director and with the material in the back of my head, I was thinking this could be a film to keep an eye on as award season is about to kick into high gear.  Unfortunately, I don’t think this is quite the film I expected, and it has me wondering what could have been.

While the story does focus on the tragedy on the oil rig Deepwater Horizon, it’s Mike Williams (Mark Wahlberg) who we are following on most of this journey.  Mike is just your regular guy at home with his wife, Felicia (Kate Hudson) and their daughter.  When we first meet them, it’s the morning he’s set to travel out to the rig, and he’s saying his goodbyes since life on the rig keeps him away from home for weeks at a time.  Not much time is wasted here, but it does a good job of setting up the emotional bond we’ll need for this character once all hell breaks loose down the road, but of course we have a scene that conveniently sets up the looming disaster as his daughter discusses a school project with her dad.  It’s not a new method to use foreshadowing, but as I continued to watch I found myself wanting the film to simply move it along and stop beating it over our heads. We even get hints of bad omens as the rest of the crew comes together and travels out to the rig, enough where a superstitious person would have conveniently avoided this particular trip if possible.

Kurt Russell plays Jimmy Harrell, who is the big man in charge of the rig. When he arrives he sees that things are not right with his rig, and the BP corporate people seem to be up to something. Vidrine (John Malkovich) is one of several BP executives who are onboard Deepwater Horizon and are there to make sure everyone onboard is ready to move along to the next oil spot in a timely manner, even if this means skipping a few protocols.  This is where a good portion of the film’s tension takes place, where we see the blue collar workers, Harrell and Williams are up against Vidrine and his executive goons who are clearly taking on the villainous roles and having the crew take unnecessary risks all in the name of saving money.  If not for the talent filling these roles, many of the scenes would simply be mind-numbing and boring, but each person fills their role and breathes life into the character.  Most surprising is what Malkovich manages to inject in this performance; he may be one of the corporate sharks, but Malkovich manages to slip plenty of humanity into this role to make him even sympathetic when he is confronted by his mistake.

While Gina Rodriguez has a substantial role in the film as one of the crew members onboard Deepwater Horizon, I can’t help but feel this is a character who really isn’t needed and is simply there to appease feminist viewers.  Rodriguez does a great job in her role, but yet it’s a role that could have been cut down if not removed all together.  As viewers we’re already invested in characters, and adding her actually did nothing more to further the story other than to leave us wondering if she would happen to be a crew member who could perish, which is kind of a cheap trick.  Or if they wanted to keep her in the film, at least make the character more invaluable to the story by simply excising more minor characters and blending them into hers.  By doing the latter option I feel you could have gotten an award-winning performance from her, but instead what we have is simply a shoulder-shrug you could have done without.

This gets me to the actual disaster.  There is so much buildup, so much discussion about what could happen, that it’s just about a relief to finally see the disaster occur.  When the time comes and we see the numerous explosions that unleash chaos upon the rig, the film finally seems to be going somewhere.  Unfortunately, it takes the easy way out and simply becomes your typical disaster adventure film where we watch our characters try to escape.  Whether this portion of the film is true to the actual events, I’m not concerned about that; I just wish it gave us something more. By the time the film ends, I feel the story is only beginning.  I wanted to see so much more to this story; give us the extra hour and show us the work of capping the spill and the investigation that followed.  I was invested in seeing this story get played out, not just to be handed what should have been the first act or at least only half the story.

I was rooting for this to be a great film, because the filmmakers had all the right ingredients for a great story, but that just isn’t what we get here.  We get some great performances and some really good action pieces, but call me greedy; I wanted so much more.  Had this been stretched out to three hours to tell that story, everything was in place to make it work, but we got only a nibble of the story.  While I walked out disappointed, I wouldn’t say Deepwater Horizon is a bad film, but it’s unfortunately one that will get lost in the shuffle of so many other films all vying for attention and award accolades.

Brent Lorentson is a horror writer and film critic based out of Tampa, Florida. With a BA in Digital Film, he co-wrote and co-directed Scavenger Hunt. His short stories have appeared in various horror anthologies. In 2019 his short script Fertile Blood will be a part of the anthology horror film Slumber Party. He is currently working on his first novel A Dark and Secret Place set to be released in late 2019. Favorite Films: Taxi Driver, Fight Club, I Saw the Devil, The Wild Bunch, Dawn of the Dead, A Clockwork Orange, Pulp Fiction, Heathers, The Monster Squad, and High Fidelity.
Masterminds “31 Nights Of Terror” Chopping Mall (Blu-ray)