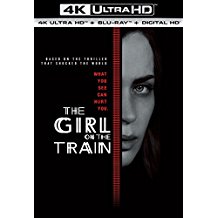 All aboard! We’re only a hair more than two weeks into 2017, but there’s already plenty of exciting stuff going on around these parts. (For example, check out our review of one of the top-of-the-line Ultra HD Blu-ray players on the market.) Fortunately, there’s still more than enough time for you get on this UpcomingDiscs train. Speaking of which, Universal hops aboard The Girl on the Train in 4K and plays a deadly game with Death Race 2050. Fox puts its faith in The Story of God: Season 1, while Magnolia Home Entertainment counts down to Zero Days. Candy Factory delivers The Babymooners, while Warner Bros. bids farewell to Rizzoli & Isles: The Final Season. Meanwhile, Paramount returns with Jack Reacher: Never Go Back in 4K and boldly goes to Star Trek: Enterprise — The Complete Series.

Here’s your customary reminder before signing off for the week: if you’re shopping for anything on Amazon and you do it through one of our links, it’ll help keep the lights on here at UpcomingDiscs. See ya next week!