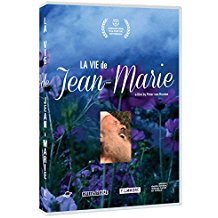 La Vie de Jean-Marie (The Life of Jean-Marie) is a documentary that pitches itself as an “excellent example of cinema verité,” leaving it exposed to the tremendous legacy that specific film movement left upon cinema history. For those that don’t know, “cinema verité,” or “truth cinema,” is a style of documentary invented by French filmmaker Jean Rouch around the late 1950’s. The idea behind this style of cinema is “reveal the truth” through the use of the camera and the spontaneity of the film’s subjects. La Vie de Jean-Marie does indeed wear the shoes of cinema verité quite well; however, it does so in an exhausting fashion.

Jean-Marie is the pastor for 25 villages near Olette, France, as well as a farmer. At the age of 75, he decides he is going to retire to a different village and live out his life with a fellow sister in Christ. Along the way, he recounts tales of his childhood, adolescence, experience with the church, close relationships to his companions, etc. While we learn more about the pastor’s character, we are also treated to contemplative views of the French countryside, complementing every word of his reminiscences.

While I appreciate this film and the movement it is emulating, it has a very specific audience: cinephiles who seek out cinema verité. Many critics have given praise prior to distribution, allowing it to be marketed with quotes such as “a unique type of slow cinema.” The bottom line is that it is slow cinema. Severely slow. If you are not ready to listen to an old pastor talk about his past and future for about three hours, it is a very draining experience. There is an awful lot of humor in it, and Jean-Marie is a great storyteller; however, two hours and forty-five minutes is a rather hefty time commitment.

What makes the film worth watching for me was all of the B-roll of the beautiful mountains and valleys of Olette, France. Director Peter van Houten really understood how to pair Jean-Marie’s philosophies and musings with slow pans and tilts across mountains or up trees. So many of the shots are deliberately difficult to ascertain what is being seen. At one moment, the camera sits below a large tree, angled upward, and it focuses on a weird shape moving the branches about. For a good thirty seconds, I had no idea what I was actually looking at. By the time my mind began to question ‘is that a bird?’ I realized that it was Father Jean-Marie trimming back the overgrown parts of the tree. Just that one moment filled me with awe. The issue is that those moments are so few and far between within the two hours and forty-five minutes.

Fans of documentary and cinema verité are the ones who should be seeking out this film. But again, La Vie de Jean-Marie has a runtime that is very demanding, especially for “slow cinema.” While Father Jean-Marie is a fun character to listen to, it does become hard to stay with him for that long. If the film were cut down by at least an hour, I would have loved it dearly: the philosophies held by Jean-Marie are relatable, but they are about as rare as the phenomenal deliberate scenes I wrote about earlier. If you have about three hours to spare and absolutely love any type of documentary film, you will be treated to a good film. If you are a junkie for cinematography, editing, and other physical aspects of film, you might lose patience sooner rather than later.